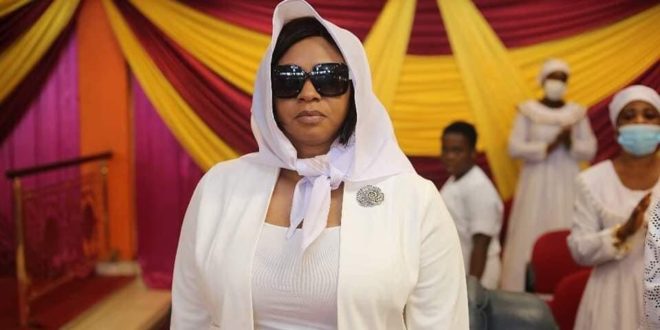 Controversial Member of Parliament (MP) for Dome Kwabenya, Sarah Adwoa Safo has announced her comeback with visitations to some churches within her constituency.

According to her, she seized the opportunity to thank God for the care, guidance and protection of her family during her challenging times over the last one year and sought the face of God for ‘Grace to serve my constituents diligently’ . 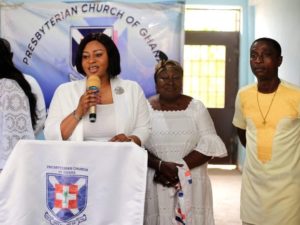 “I used the opportunity to thank God for the care, guidance and protection of my family during my challenging times over the last one year and sought the face of God for Grace to serve my constituents diligently.”, she posted on her Facebook on November 7, 2022. 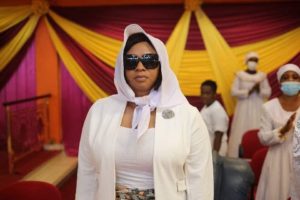 She was overjoyed with the warm and homely reception from both Clergy and Congregation, thanking them for the kind words of support and encouragement as well as overwhelmed by their goodwill. 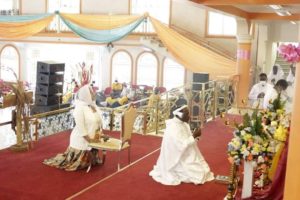 Adwoa Safo assured the congregation of her commitment to continue as their hardworking Member of Parliament and work hand in hand with them to bring development to the constituency.

Before going on recess in July, Speaker Alban Bagbin deferred his ruling on whether the Dome-Kwabenya seat should be declared vacant or not following Ms Safo’s failure to honour an invitation by the Privileges Committee on her continuous absence from Parliament.

Mr. Bagbin, on May 4, referred Ms Safo Henry Quartey, MP of Ayawaso Central, and Kennedy Ohene Agyapong, MP, Assin Central, to the Privileges Committee for absenting themselves for 15 sittings of the House without his permission during the First Session of the Eighth Parliament.

The Committee failed to achieve a consensus in its recommendations on whether absenting herself for more than the mandatory 15 days without permission warranted her seat being declared vacant.

But the Majority wants the seat declared vacant without delay in line with stated constitutional provisions because Adwoa Safo failed to take advantage of the numerous opportunities to explain her absence without leave.

The Majority of MPs on the Committee cited Article 97 (1) (c) of the 1992 Constitution and the Court of Appeal decision in the case of Prof Stephen Kwaku Asare v the Attorney-General & 3 Ors, in this regard.

But the Minority MPs on the Committee had contrary view saying that base on the principle of natural justice, the seat should not be declared vacant because Ms Safo did not provide her side of the story to the Committee.

The Committee, however, determined that the explanation offered by her two colleagues, Mr. Agyepong and Mr. Quartey for absenting themselves, were reasonable.

I'm Adwenpa-Hene |Blogger & Broadcaster Journalist. I am the CEO and manager of this noble website. I publish on Entertainment, Sports, Politics, Lifestyle, and Technology. You can also follow Us on : YouTube Channel - My Ghana Media TV, Facebook - MyghanaMedia TV , Twitter - @MyGhanamedia2 & Instagram - My Ghana Media TV. Email Address: [email protected] Contact Us: 0200818719
@@MyGhanamedia2
Previous General Water Shortage Across The Country Imminent – GWCL
Next GES To Headmasters: Keep Schools Open Despite Strike By Teachers