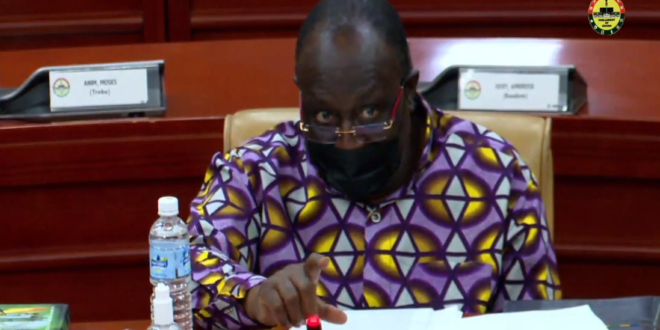 The Communications Officer of the National Democratic Congress (NDC), Sammy Gyamfi, has taken a swipe at the former Trade Minister, Alan Kwadwo Kyerematen, arguing that he has already lost his bid to become the flagbearer of the New Patriotic Party (NPP) ahead of the 2024 elections.

Sammy Gyamfi claims that Mr Kyerematen performed abysmally during his tenure as the Trade Minister, leaving a growth rate of 4.5% as against 7.9% in 2017.

Speaking on Ekosiisen on Asempa FM, the NDC Communication Officer said he will be surprised if Mr. Kyerematen is elected NPP’s presidential candidate to lead the party for the 2024 polls.

According to Mr Gyamfi, the Vice-President, Dr Mahamudu Bawumia and Mr Kyerematen will have the least votes in the NPP presidential primaries.

“I don’t want to hear Alan Kyerematen’s name at all, if his results are on the terminal, he will beat Dr. Bawumia [Vice President] by only 1 mark. He will be the last but one when the NPP goes to the polls. Alan performed poorly as the Trade Minister and resigned. Alan left a growth rate of 4.5% at the ministry as against 7.9% in 2017.

“Alan Kyerematen and Dr Bawumia [Vice President] will have the least votes in the NPP presidential candidates primaries. Alan was part of the government’s cabinet when the economy took a downturn. Trade Ministry he couldn’t handle, how can he manage the whole country if given the chance? Ghana has retrogressed due to the poor performance by this government and he just resigned instead of finding solutions to solve the crisis,” the NDC Communication Officer pointed out.

Many political analysts say his move will afford him the opportunity to run his campaign.

I'm Adwenpa-Hene |Blogger & Broadcaster Journalist. I am the CEO and manager of this noble website. I publish on Entertainment, Sports, Politics, Lifestyle, and Technology. You can also follow Us on : YouTube Channel - My Ghana Media TV, Facebook - MyghanaMedia TV , Twitter - @MyGhanamedia2 & Instagram - My Ghana Media TV. Email Address: [email protected] Contact Us: 0200818719
@@MyGhanamedia2
Previous Ofori-Atta To GIA: We Can’t Exempt You From Debt Exchange Programme
Next Man Drags Ghana Police To Court Over Alleged Unlawful Arrest