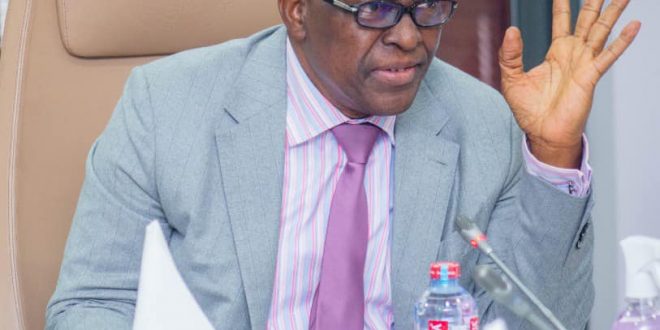 Speaker of Ghana’s Parliament, Alban Sumana Kingsford Bagbin who is jetting out of the country to Dubai for medical review today November 27, 2021says there is no Majority political party in Ghana’s current Parliament.

According to him, the current Parliament is a hung House which is housing equal members with an independent legislator.

He stated that the fact that the independent parliamentarian decided to do business with a particular political party does not mean there is Majority party in Parliament.

Mr. Bagbin who claims he is leaving the shores of Ghana to the United Arab Emirates (UAE) on Saturday, November 27 “to undergo a medical review” has adopted social media to be responding to some of the allegations against him.

A fax message sighted by DGN Online lists the wife of the Speaker, Alice Adjua Yornas, Head of the Parliamentary Clinic, Dr Prince Pambo, and his Special Aide, Justice Norvor, as part of his delegation.

This comes a day after Speaker Bagbin ruled on a motion filed by the Minister of Finance, Ken Ofori-Atta, on the 2022 budget statement.

Already, the Majority Caucus, whose members walked out a few moments prior to the ruling, is accusing Mr Bagbin of “mischief” in presiding over the exercise.

They have since declared their intention to have the “illegality” reversed.

But the Speaker in a Facebook post on November 27, 2021 said as the “Speaker, I will do all I can, not to allow the government to obstruct or frustrate parliament in its lawful duty. That is a pledge to the people of Ghana, and there is a reason why the good people of Ghana elected this parliament. It is a hung parliament of 137-137, the independent who decided to do business with one side of the majority, there is no majority party in this House. This is a new beginning, where for the first time, a majority has walked out from its own business.”

I'm Adwenpa-Hene |Blogger & Broadcaster Journalist. I am the CEO and manager of this noble website. I publish on Entertainment, Sports, Politics, Lifestyle, and Technology. You can also follow Us on : YouTube Channel - My Ghana Media TV, Facebook - MyghanaMedia TV , Twitter - @MyGhanamedia2 & Instagram - My Ghana Media TV. Email Address: [email protected] Contact Us: 0200818719
@@MyGhanamedia2
Previous Anas Aremeyaw Anas Wins Foreign Journalist Of The Year Award In US
Next Several Police Officers Injured In Accident On Koforidua-Somanya Stretch