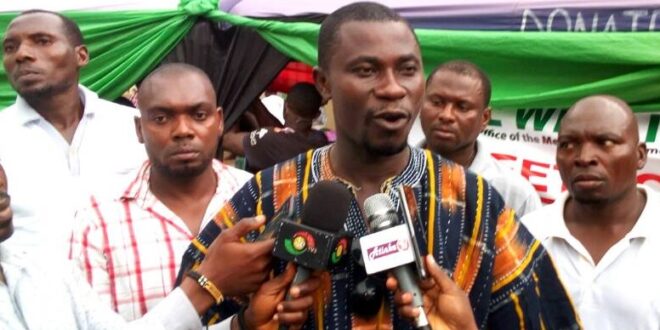 The  member of parliament for Ashaiman municipality Enerst Henry Norgbey, organized a mother’s day party for national democratic Congress women in the consitutency .
The MC of the program was Dela Edem who is a national communication team of NDC,he pointed out some of the inflated prices of commodities under the watch of president Akufo Addo.

There were alot of dignitaries from the party rang who came to the program, the likes of the former national youth organizer, Shai Osuduku member of parliament, Hannah bisiw the national women organizer etc.

The national women organizer Hannah Bisiw in her address speech, she lamented that President Akufo Addo is destroying the fabrics of the educational system with the double track policy for the next generation, her reason was the educational system should be quality not quantity,as the former President John Mahama was trumpeting, furthermore recently students went school, and they were asked to go back home because the day and date of school reopening wasn’t communicated to their parents, all this discrepancies speaks ill about the educational system in the country.
She said the government should keep more eye on women in the country, for women plays pivotal rolls in the nation building agenda and if they are not been protected well,it will affect the country economy.

She referred President Akufo Addo on his kumi preko demonstration he did some years ago,that no body stopped him for not to express his displeasures and sentiments against the PNDC government, so he has no moral right to disallows every one not to demonstrate, as the fix the country movement wanted to go on demonstration against the high cost of living under his tenure.
The women organizer of the largest opposition political party in the country NDC was not happy about the culture of silence under the leadership of President Akufo Addo purportedly, she sent a strong warning across that very soon, they will defiles the laws of the state and meet the state securities boot for boot in the street.

The  member of parliament for Ashaiman constituency, Enerst Henry Norgbey gave a rational behinds the mothers day party he organized,he said mother’s are more than gold to him, he cherish and love them so much, because it was through his mother that he has become a legislature for the 8th republic of Ghana’s parliament.
He said there are alot of women empowering programs he has organized to improve the livelihood of women in the consitutency a tool for women empowerment,such as learning of beads making, hairdressing fashion designing,etc.

He was very disturb about president Akufo Addo’s freebies,he offered to Ghanaians as COVID reliefs, and he is now taxing Ghanaian people,about the freebies he offered to them.