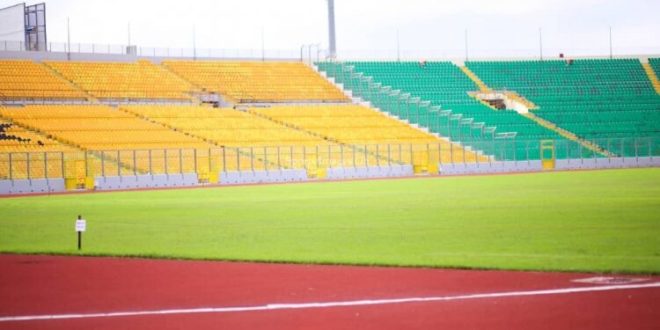 The Election Committee of the New Patriotic Party (NPP) in the Ashanti Region has changed the venue for the regional executive election from the Regional Coordinating Council (RCC) to the Baba Yara Sports Stadium.

The earlier decision to hold the elections at the RCC received flak from some members of the party.

For instance, Member of Parliament for Mpraeso, Davis Opoku Ansah said in an interview with TV3’s Komla Klutse on Wednesday May 25 “I feel that the regional election is going on well, people are campaigning especially [in the Ashanti region] where we decide our fate. It is important for us take a relook at certain decisions by the regional elections committee.

“For instance it should not be held at the Regional Coordinating Council. The party is the party that is forming government but there is a clear dichotomy between the party and the government.

“If you are a RCC yours is to look after the state and also manage the properties in the Ashanti Region.”

The NPP is preparing to elect its new regional executives on Friday , 27th of May, 2022, which will pave way for the election of  national executives to steer the affairs of the party for election 2024.

The 1st vice chairman of the ruling New Patriotic Party (NPP) in the Atwima Nwabiagya South Constituency, Medical Team Member and Patron of the NPP Crusaders, Mr. John Kwame Duodu, who is affectionately called Sir John, has advised the party’s forty-seven (47) constituencies in the Ashanti region and other constituencies across the country not to be hostile to candidates they do not support.

Rather, he or she should motivate or encourage them to receive all the candidates contesting for various positions in the upcoming regional executive elections with open arms for a peaceful process.

He stressed that the well-being of the grassroots must be considered when rallying behind a candidate and that it was paramount for members to ensure that the right candidates were voted into office.

Sir John, who was speaking in an interview with  MyGhanaMedia.com, also advised the constituency executives and others  to elect committed members to serve the party.

He stated, for instance, that members who patiently served the party and remained humbled would surely be rewarded and recognized by the party’s rank and file.

He also admonished the executives  to watch out for those who have conducted themselves well and vote for them to bring success to the party.

“We should know how to speak to the elderly people in the party and know the right people to make our complaints to when there are issues. That is the culture of the party,” he stated.

“Politics may seem to have many shades; however, we cannot taint what we desire to protect.” People can have ‘no’ as an opinion, but we have ‘all’ it takes to make it ‘yes’ as a political party.

Our hard work is keen, but our smartness is the ultimate, “he added.

I wish all aspirants the best of luck and may the best candidates win, from the Regional Chairmanship to the Nasara Coordinator. The Elephant will surely triumph, and the battle is still the Lord’s. ”

Meanwhile, the Election Committee of the New Patriotic Party (NPP) in the Ashanti Region has changed the venue for the regional executive election from the Regional Coordinating Council (RCC) to the Baba Yara Sports Stadium.