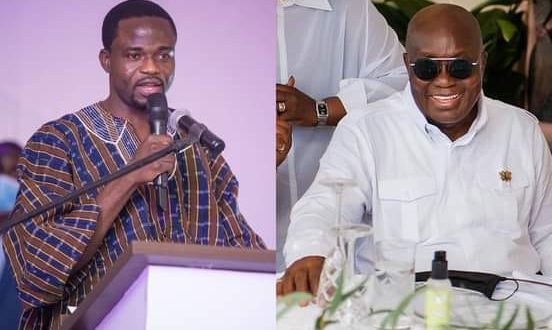 An award-winning investigative journalist, Manasseh Azure Awuni, says the lackadaisical attitude of President Akufo-Addo and his government towards press freedom in the country is very worrying.

He said various state actors close to the Presidency have been engaged in attacks against journalists over the past years. Still, none have received proper attention and sanction from the President.

Citing the arrest of ASEPA’s Mensah Thompson, Citi TV’s Caleb Kudah and Accra FM’s Bobie Ansah, among others, he expressed extreme disappointment in the persistent threats and murder of media practitioners.

“Last year, for instance, if you read the Information Minister’s press statement, they mentioned other countries that also did poorly compared to their previous rankings.

“Now, we have Ahmed Suale who was murdered after he was openly threatened by a top politician of the governing party and we had the President of this country go the Bar conference in Takoradi and said inasmuch as the death was unfortunate, it was equally unfortunate for people to say that his killing was linked to press freedom.

“When the President acts in this manner, the followers begin to think that it is okay for us to do what we have to do or we want to do to journalists,” he said.

The report comes from the recent news that the Ghanaian government has been clamping down on dissent and claims of a surge in press freedom violations.

Ghana recorded a decline in its indicative points from 78.67 per cent to 67.43 compared to last year.

According to Manasseh, “the difference is clearer than day and night” because “not only have we seen increased attacks but we are looking at the severity and also the actors involved.”

“It was very common to threaten somebody, and one would take it lightly, but if your colleague investigative journalist is put on television and threatened, and later that person is killed, you are going to treat threats seriously and differently.

The New Patriotic Party (NPP) has coexndemned portions of the 2022 World Press Freedom Index, which tagged the Akufo-Addo administration as “intolerant of criticism from citizens and the media”.

The Party argued that, in contrast, the media under the NPP is the freest ever.

JoyNews/AdomNews · Ghana’s Media Is The Freest Ever – NPP Reacts To World Press Freedom Ranking
Speaking at a press conference on Wednesday, the Director of Communications of the Party, Yaw Boaben Asamoa, noted that the party’s contribution to the growth of the media under the Fourth Republic is rather exceptional.

“The NPP believes Ghana’s media is the freest ever and that its contribution to media growth is unparalleled in the Fourth Republic.”

“In sum, NPP decriminalised speech, supporting infrastructure and training with the International Press Centre and support funds and improved spectrum allocations and regulatory oversight,” he said.