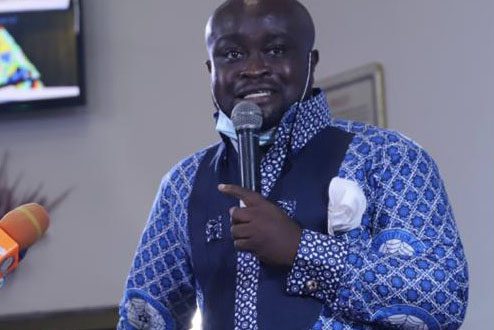 A businessman in Kumasi, Mr. Kwaku Amoakoh has stated that the city needs someone who was born and bred in Kumasi and knows every corner to be chosen as the next Metropolitan Chief Executive [MCE].

He explained that, the City do not need someone who will always put on his tie and come and stay at his office without going round to see the problems facing his people

Mr Amoakoh who was speaking to some select media house  on  the best person to run the metropolis pointed out that as the situation goes on at the moment he said the city now needs someone who already has his money and not the one who would come and loot the finances of the Assembly, according to him all the past Mayors apart from Hon. KOJO BONSU did nothing adding that, it was him Kojo Bonsu who constructed the Rattary park which is now fetching a lot of money for the KMA.

Touching on issue concerning the Kumasi children’s park which has been left to criminals, he said it’s important the place is developed to reduce the tension on Rattary park while it also brings revenue to the Assembly.

He applauded the current greater Accra regional Minister Hon.Henry Quartey for the good work he is doing because he always make sure that the law do not favor anyone who flouts it .

“There is a lot of developments going on in Accra because the Minister is always on top of his job ”,he stressed

When asked who deserves to be appointed as Kumasi Mayor, Mr Amoakoh pointed out that Mr Atta Opoku the Kumasi urban Roads Director deserves to be chosen because he comes from Kumasi and knows problems in the city.