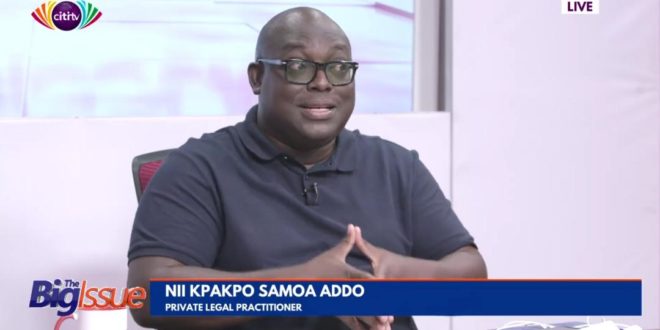 The Asantehene Otumfuo Osei Tutu II must intervene to help resolve the impasse in Parliament in passing the E-Levy bill, a private legal practitioner and member of the opposition National Democratic Congress (NDC), Nii Kpakpo Samoa Addo has said.

The Minority in Parliament on Friday rejected a reduction of the Electronic Transaction Levy to 1.5 from 1.75 per cent after further consultation.

Speaking on Asaase Radio’s Saturday morning news analysis and current affairs show – The Forum – on 29 January, Addo noted that the E-Levy risk not being passed if the Asantehene does not intervene.

“”There is no point of negotiation as  between the NDC and NPP when it comes to this particular issue,  so if the NPP government desperately want this particular bill to be passed , then they have to elevate the negotiation and the arbitrator has to be one that is respected by both side.

See also  Nobody Can Intimidate Any Chief Under My Watch – Otumfuo

“And I dont see another person within the scheme of our political temperature and the things that has to be done, the venerable Otumfuo has sat in high level negotiations between President Akufo-Addo and Mahama in respect of certain matters.”

Samoa added “So it is not beyond doubt, if I look at the landscape there is no other person or individual who can break the deadlock between Nana Addo and Mahama other than Otumfuo and I suspect that at some point if this E-Levy will be passed.”

He is optimistic under the current dispensation, the only person who can summon the President Akufo-Addo  and the former President Mahama to amicably resolve the E-Levy impasse is the Asantehene.

“Whatever negotiation will be done will involve someone like himself because I dont see any other person who can  summon President Mahama and President Akufo-Addo and both of them will stop everything they  are doing and attend that particular meeting except Otumfuo, without that level of mediation if that bill enters parliament it wont pass,” Samoa added.