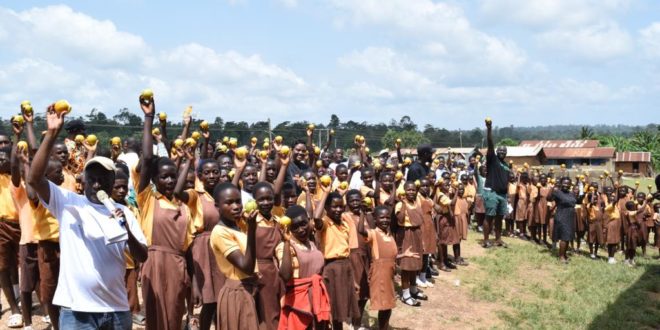 Chairman of Eastfield Foundation, Mr Nimo Ahinkorah announced that the foundation has put together this initiative to ensure that every school going child in basic schools within both the Achiase and Birim South Districts enjoy a free orange every day. Although these communities are blessed with luscious orange farms, most of these children can only get oranges if their parents buy them or after they’ve gone to work in farms which should not be the case.

According to him, this will boost local consumption of orange products and serve as one of the channels the foundation can give back and make a real impact to the community where its parent corporation, Eastfield Farms, is situated. He said, the foundation wanted to share this success with all the people who had trusted and supported Eastfield Farms Ltd and the Orange Growers Association.

Speaking to the media at the launch in Akyem Aprade in the Achiase District of the Eastern Region, Mr Nimo Ahinkorah said the foundation chose to focus on children because they are the most important members of the community. They are the future and it is imperative that we provide basic needs of good health before we move to other needs.

He further explained that the Foundation’s target is to provide all school children within the two districts with an orange everyday but will however pilot the initiative with each child getting an orange every Wednesday whilst in school. The hope is that the Orange Growers Association will also join this initiative and enable the foundation provide oranges for each child every day instead of the current every Wednesday.

He also mentioned that the foundation has plans to provide scholarships to brilliant but needy school children to further their education, build libraries and refurbish dilapidated schools within the districts. 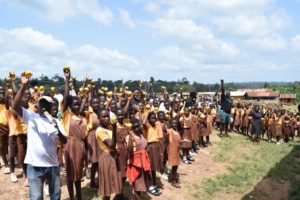 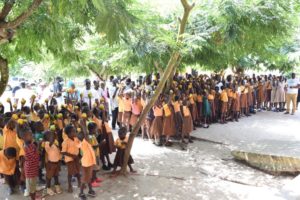 The Achiase District Director of Education Mr Samuel Wadie Kwae used the opportunity to commend Eastfield Foundation for their benevolence and entreated other corporate bodies and individuals to follow suit and support school children in the deprived communities, villages and towns 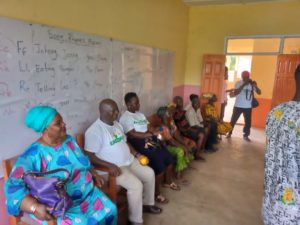 President for Eastfield Foundation, Mr Klenam Koku Fiadzoe, said his outfit was hoping that orange juice will be served at official functions as a way of encouraging patronage of orange made products. “We expect the young and the elderly to also consume orange because of its enormous health benefits.” 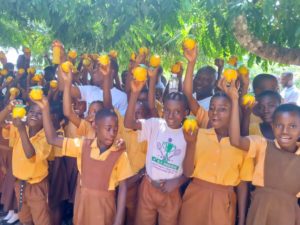 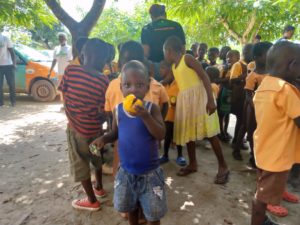 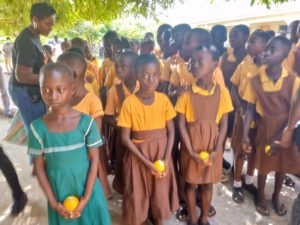 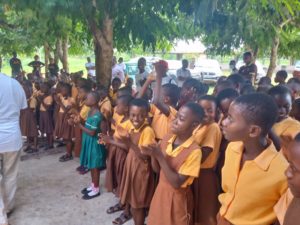