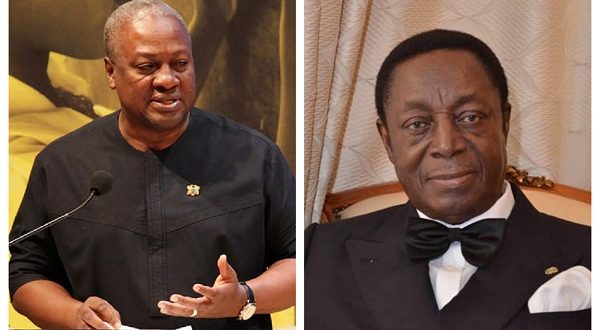 A former Finance Minister, Dr. Kwabena Duffour, says he is considering contesting for the National Democratic Congress’ Flagbearer race ahead of election 2024.

There have been rumors about some senior members of the NDC lacing their boots to contest the flagbearer slot.

Weeks ago, Dr. Kwabena Duffuor was seen in a viral video soliciting support for the party ahead of the 2024 elections.

Asked whether he had thoroughly considered contesting in the race by Citi TV’s Point of View Host, Bernard Avle, Dr. Duffuor responded in the affirmative, saying “yes”.

He however denied that some individuals or groups were mounting pressure on him to contest.

Justifying the motivation behind his viral video, Dr. Duffour said it was aimed at sensitising members of the party.

“It is a big political party and like all political parties you have to sensitize the members and let them understand where we are going so that video was aimed at encouraging them to come together to build a formidable party.”

Dr. Duffuor is likely to face stiff competition from former President John Mahama, should he carry on with his decision to contest.

Some big wigs in the party believe John Mahama is the NDC’s best bet at winning the next elections.

One of such persons is the former Deputy Minister for Youth and Sport, Joseph Yamin.

See also  Court of Appeal To Dr. Kwabena Duffuor: Receiver Can Testify Against You

In a post on Facebook, he said the NDC shouldn’t allow anyone to contest John Mahama in the party’s next presidential primaries.

Another person with a similar position is former Minister for Youth and Sports and Member of Parliament for the Odododiodoo constituency, Edwin Nii Lante Vanderpuye.

He has even gone ahead to predict a massive defeat for any member of the party who contests John Mahama for the flagbearer position.

“John Mahama is our next candidate. We are going to endorse unanimously him as our candidate in the next congress. Anyone who will be courageous enough to come forward will not have more than 1%.”

“This does not mean we do not have other viable candidates. We do, but John Mahama is the candidate people identify more with. They have come to identify with him more.”