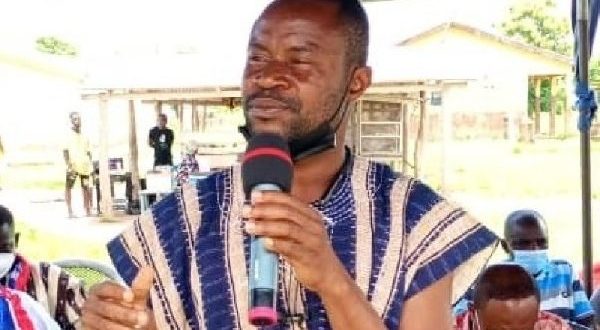 The Information Desk (InfoDesk) of the Krachi East Municipal Assembly and family of the late MCE who was found dead in a hotel room at Kentinkrono in Kumasi have debunked some media reportage about the demise of Francis Kofi Okesu.

Some portals had reported that the MCE after a careful examination on the body by health professionals found no marks of violence, but traces of semen on his thigh which according to the officials, the drops of semen suggest a possible sexual act before his death.

Meanwhile, InfoDesk and the family say the police and health professionals are yet to conduct forensic examination on the body to ascertain what caused his death.

They have urged the public to disregard such false and unfounded reportage.

Read below the full statement.

The InfoDesk and the family of the Hon Francis Kofi Okesu have intercepted a news item coming from some media houses and news portal on his untimely demise.

Whilst the family is in a state of shock and mourning of the venerable politician who has served as Communication Officer and Secretary for Krachi East Constituency before his nomination by the President of Ghana as the MCE for Krachi East Municipal Assembly, he was a devoted Christian, diligent and sober.

We the family were shocked at some reportage emanating from the media, we are very confident in the Ghana Police Service and the Ghana Health Service of conducting an independent investigation and publishing an autopsy report to unravelled what actually led to his death.

Until such a report is released by these professional institutions of the state, any media story such as the recent headline from Joy News, Daily Graphic and other media houses should be disregarded and considered Unprofessional and unethical. The general public should disregard those cooked stories from a section of the media trying to discredit the reputation of the late MCE whom had served his people in the past one year with respect and diligence.

The whole municipality is now in a state of mourning of a man who put on smiles even when it is hard for him.