Breaking News
Home / GENERAL NEWS / Finance Minister’s wife: ‘I Pay One-Third Of My Salary As Tax Monthly; Paying For E-levy Is Worth It’ 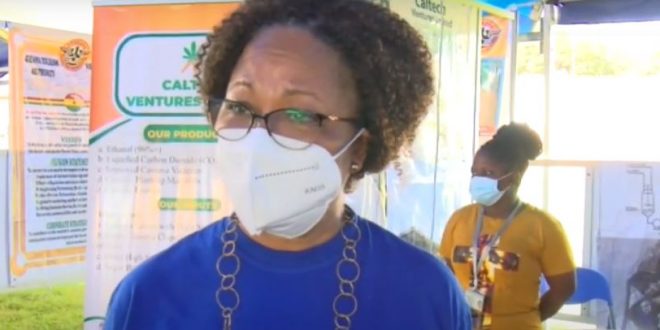 Finance Minister’s wife: ‘I Pay One-Third Of My Salary As Tax Monthly; Paying For E-levy Is Worth It’

The wife of the Finance Minister, Angela Ofori-Atta, has entreated Ghanaians to bear with government for introducing the electronic transaction levy.

She told JoyNews in an interview on governance issues at the Volta Fair in Ho, that the country can achieve economic and sustainable growth when the citizenry commit to paying taxes to boost the nation’s revenue.

“There’s no country that can develop without its citizens contributing, and there are too many people in Ghana not contributing. So I think when we send money to each other to pay for services that are taxed, pretty soon we will figure a way not to pay income tax because that’s the way the world is going,” she told Maxwell Agbagba on Sunday.

Members of the Minority in Parliament have served notice to the government that they will kick against the proposed electronic levy.

Minority Leader Haruna Iddrisu, who communicated his side’s position, said the government is opportunistic and only seeking to exploit the Covid-19 pandemic, which contributed to a surge in digital transactions.

“Government is seeking to introduce e-transaction levy. We stand united collectively against it, and we would not support government; we would not cooperate with government because that will further deepen the suffering of the Ghanaian people.”

“The introduction of that tax is simply opportunistic. The number of mobile subscribers and the use of digital platforms globally grew up to 68 billion in 2020, and for our purposes, the portfolio grew from 257 billion to 500 billion, largely because of Covid-19. So you don’t have a lazy convenient way of taxing the consequences of COVID,” he noted.

Mrs Ofori-Atta believes that discussions surrounding the levy should focus on how this taxation can propel the country into prosperity.

“I think we should really be talking about ‘how do we ensure that when the taxes get collected, they get into government’s chest?’ Let’s press government to use it efficiently and judiciously, and let’s hold government accountable for the jobs and for the programmes that it says it will create.”

“I think that is a far better way to go about it and let the young people get ready to use their talents and be excited that it is their vision and not because they know somebody,” she added.