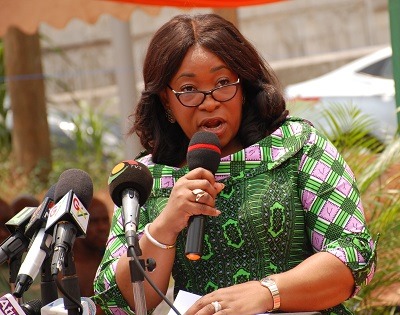 Minister for Foreign Affairs and Regional Integration, Shirley Ayorkor Botchwey, says Ghana will not recognize any annexation of Ukrainian territories by the Russian Federation.

Addressing a special meeting of the United Nations (UN) Security Council on the Maintenance of the peace and security of Ukraine in New York City today Thursday 22 September 2022, Shirley Ayorkor Botchwey, noted that Ghana remains committed to its position that the Russian invasion of Ukraine is in breach of international law and unjustified.

“We have expressed several times our principled position against the aggression on Ukraine which we consider to be a disregard for the rules of international law and the principles of the charter (UN Charter).

Ukraine as a sovereign state and a member of this organization (UN) has every right we believe and indeed, a responsibility to defend its territorial integrity and political independence” Foreign Minister Shirley Ayorkor Botchwey said.

“Ghana does not, and will not recognize any territory that is unilaterally and forcefully acquired as dismembered from a sovereign entity” Miss Botchwey added.

In her statement, the Minister for Foreign Affairs and Regional Integration reiterate Ghana’s call “on the Russian Federation, to immediately and unconditionally seize its operations, withdraw its troops from the internationally recognized borders of Ukraine” and to respect its western “neighbour’s sovereignty and political independence”.

“The need for a credible pathway for a genuine diplomatic process is urgent. The barrel of the gun does not provide such a pathway.

It only leads to needless loss of lives and destruction on both sides. Indeed, the cost of the war has been high, not only for the parties, but also for the rest of the world” Shirley Ayorkor Botchwey said.

After stunning battlefield setbacks in the last two weeks, Russia moved to cement its grip on territory it occupies in eastern and southern Ukraine (Zaporizhzhia, Kherson, Donetsk and Luhansk) as Kremlin proxies there announced plans on Tuesday 21 September 2022, for referendums on annexation to Russia, indicating a possible escalation of the seven months old war.

See also  Yilo Krobo Chief To Akufo-Addo: "Come And Carry Mahama’s E-block Away, If You Won’t Open It"

The Kremlin signaled that if Russia were to go forward with annexation, even if no other countries recognized it, any further military action by Ukraine in those regions could be seen as an attack on Russia itself, justifying any military response by the nation with the world’s largest nuclear arsenal.

In what is seen by several international law experts as an escalation of Russia’s war in Ukraine, President Vladimir Putin, announced on Tuesday 21 September 2022, a “partial mobilization” of Russian citizens in what would see 300,000 reservists called up, according to the Defence Minister of Russia, Sergei Shoigu.

Putin in his announcement said those with military experience would be subject to conscription, and stressed that the decree, which was already signed, was necessary to “protect our homeland, its sovereignty and its territorial integrity.”

I'm Adwenpa-Hene |Blogger & Broadcaster Journalist. I am the CEO and manager of this noble website. I publish on Entertainment, Sports, Politics, Lifestyle, and Technology. You can also follow Us on : YouTube Channel - My Ghana Media TV, Facebook - MyghanaMedia TV , Twitter - @MyGhanamedia2 & Instagram - My Ghana Media TV. Email Address: [email protected] Contact Us: 0200818719
@@MyGhanamedia2
Previous Mahama Not Responsible For NPP’s Economic Mess – Yapei-Kusawgu MP Writes
Next COCOBOD Will Not Default In Repaying Loans; Syndicated Loan To Be Successful – Redd Intelligence