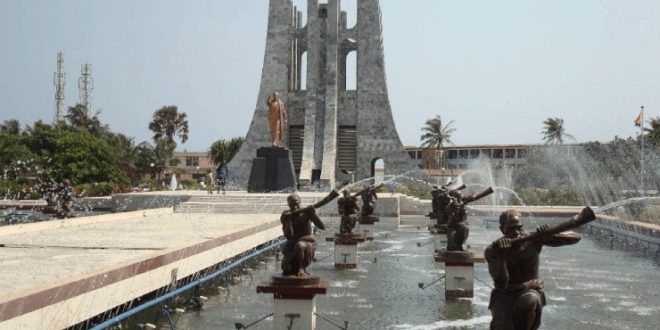 Gov’t Releases US$4.5 Million For Redevelopment Of KNMP

Government has released an amount of 4.5 million United States dollars for the rehabilitation and modernisation of the Kwame Nkrumah Memorial Park (KNMP) in Accra as part of the Ghana Tourism Development Project.

Minister for Tourism, Arts and Culture, Mohammed Awal, on 25 August 2022, gave authorization for payment vouchers to be countersigned to release the funds to Awacon Ghana Limited, the company executing the project.

Among others, the redevelopment of the Memorial Park of the first President of the Republic, will include the building of a new presidential library, a training centre, a new restaurant and a VVIP lounge. Additional facilities to be built are an artistic freedom wall, and music and light fountain to boost night tourism at the park.

This is the first time the Kwame Nkrumah Memorial Park will see a face-lift since its construction. The project is expected to be completed in nine months.

The tourism sector is the third largest contributor to the gross domestic product (GDP) of the country. The Tourism Development Project is therefore a key part of efforts of the Akufo-Addo administration to grow the Ghanaian economy.

To grow the economy faster, create sustainable employment, and develop communities, the government is stimulating the sector to enable it play its vital role in that regard.

During the launch of Destination Ghana, one of the government’s flagship projects in the tourism sector, on 3 April 2022, in the city of London, United Kingdom, President Nana Addo Dankwa Akufo-Addo did announce that, this year alone, his government would spend over US$25 million to upgrade some of the country’s most iconic tourists sites, which included the Kwame Nkrumah Memorial Park.

Subsequently, on 22 May 2022, the Ministry of Tourism, Arts and Culture, closed the Kwame Nkrumah Memorial Park, until further notice to pave way for the renovation works to commence.

Built in 1991 by the Jerry Rawlings-led Provisional National Defence Council (PNDC) regime, the park, which sits at the Old Polo Grounds and covers an area of 5.3 acres, is where Ghana’s first President, Dr Kwame Nkrumah, flanked by his comrades in the Convention People’s Party (CPP) — Kojo Botsio, Komla Agbeli Gbedemah, Archie Casely- Hayford and Krobo Edusei — declared Ghana’s independence on March 6, 1957 before a huge ecstatic crowd.

It is the final resting place of the ex-President and his wife, Fathia Nkrumah, and hosts rare artefacts relating to Ghana’s independence. The remains of the ex-President, which were originally interred in his home town, Nkroful in the Western Region, were moved to the mausoleum that was constructed at the park.