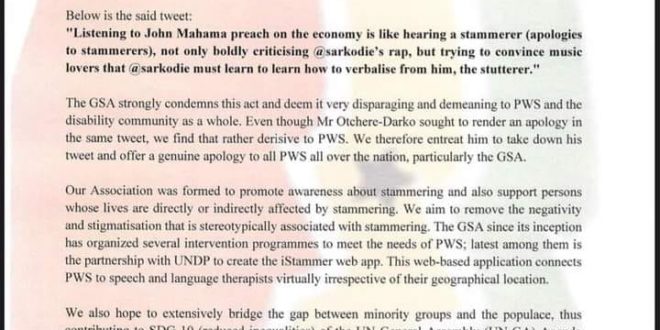 GSA To Otchere-Darko: Delete Tweet And Apologise To PWDs

Spread the love
The Ghana Stammering Association (GSA) is angry with a leading member of the governing New Patriotic Party (NPP) Gabby Otchere-Darko, for what they describe as disparaging comments about stammers.

Mr Otchere-Darko, reacting to the recent comments of former President John Mahama on the current state of the country’s economy took to Twitter to liken Mr. Mahama’s criticisms of the Akufo-Addo government to a stammer complaining about how musician, Sarkodie raps in his music.

The tweet has been condemned by the association in a statement signed by its General Secretary, Michael Obeng, dated February 9, 2022.

“GSA condemns this act and deems it very disparaging and demeaning to Persons with Disabilities (PWDs) and the disability community as a whole,” the statement said.

“Even though Mr. Otchere-Darko sought to render an apology in the same tweet, we find that rather derisive to PWDs,” it added.

The association is calling on Mr. Otchere-Darko to take down this tweet and offer a genuine apology to all PWDs all over the nation. 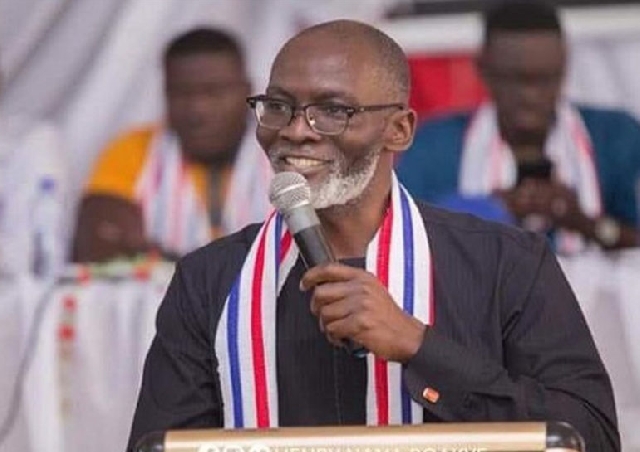