Breaking News
Home / POLITICS / ‘I Am In Very High Spirits; An Innocent Person Has Nothing To Fear’ – Assin North MP 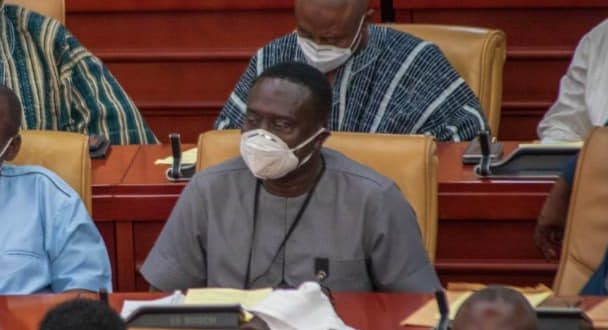 ‘I Am In Very High Spirits; An Innocent Person Has Nothing To Fear’ – Assin North MP

The Assin North Member of Parliament, James Gyakye Quayson, has said he remains unfazed amid the legal wrangling over his citizenship ahead of the 2020 election.

In a brief interaction with the press in Parliament, he said he was “in very high spirits.”

“An innocent person has nothing to fear,” he added.

When pressed by journalists about being served for court, Mr. Quayson remained tight-lipped.

“I am not going to any extent to own up any information to you. All I will say to you is that, the matter is in court.”

He insisted further that he is “conducting his parliamentary duties” for the time being.

The embattled MP has been the subject of court action, with the issuance of a criminal summons against him in the course of the week.

He is facing charges of deceit of public officer, forgery of passport or travel certificates, knowingly making a false statutory declaration, perjury and false declaration for office.
Background

After he was declared winner in the constituency’s election, Mr. Quayson was dragged to court by Michael Ankomah-Nimfa, a resident of Assin Bereku in the Central Region.

Mr. Akomah-Ninfa filed a petition at the Cape Coast High Court seeking to annul the declaration of Mr. James Gyakye Quayson as the Member of Parliament for the Assin North Constituency for owing allegiance to Canada.

In November last year, a group calling itself ‘Concerned Citizens of Assin North’ petitioned the Electoral Commission in the Central Region to withdraw the candidature of Mr. Quayson, arguing that he owes allegiance to Canada.

According to Article 94 (2) (a) of the 1992 constitution of Ghana, “A person shall not be qualified to be a member of Parliament if he or she – (a) owes allegiance to a country other than Ghana.”

The National Democratic Congress (NDC), had insisted that their MP is “a full citizen of Ghana who owes no allegiance whatsoever to any other country. He is a Ghanaian in law and, in fact, qualifies to be a Member of Parliament according to the laws of Ghana.”