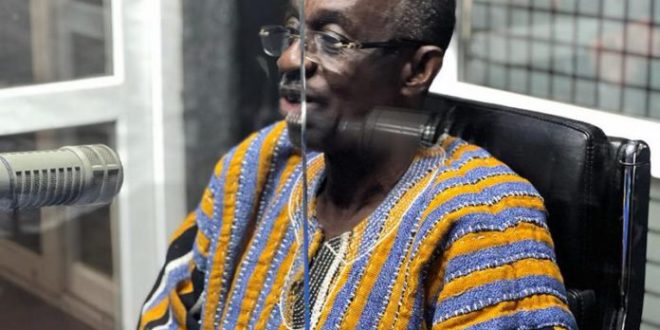 The General Secretary of the National Democratic Congress (NDC), Johnson Asiedu Nketia, appears ready to slug it out with Samuel Ofosu-Ampofo for the National Chairmanship position.

Speaking on Adom TV’s Sɛdɛa ɛteɛ Nie about his political future, General Mosquito, as he is popularly known, said he has been the longest serving Secretary and has lost appetite for the position.

“My continuous stay in the office will hinder many party members whose dream is to become the General Secretary one day after serving the party for 17 years making me the longest serving secretary in Ghana’s politics,” he said.

To him, no position in the party is the personal property of the occupant and will therefore declare his next position at the right time.

However, he was convinced it will not be the Secretaryship position of the NDC.

“We don’t contest human beings; we contest for positions. Positions in the party are not the preserve of some people.

“After four years, your mandate expires and you put yourself up for another election in the same spot or something new if you want,” he argued.

The incumbent Chairman, Samuel Ofosu-Ampofo, has indicated that he would beat anyone who dares contest him.

But his General Secretary insists no one can claim a reserve of any position in the party.

“When it is time for elections, people will contest for positions they think they are fit for,” he stated.

Mr Ofosu-Ampofo recently announced his decision to seek re-election for another four years, indicating that the NDC has been made attractive under his stewardship.

He likened himself to Jesus Christ when he was asked by his disciples whether he was the Messiah, adding that delegates must not look beyond him, pledging to take the party to the ‘promised land.’

Mr Ofosu-Ampofo urged the NDC members not to change the team that turned around the fortunes of the party after it suffered the humiliating political defeat in 2016.

“The party was in disarray due to our humiliating defeat in the 2016 election. It wasn’t attractive at the time, but I played a key role together with my team to turn the fortunes of the party during the 2020 elections,” he stated.