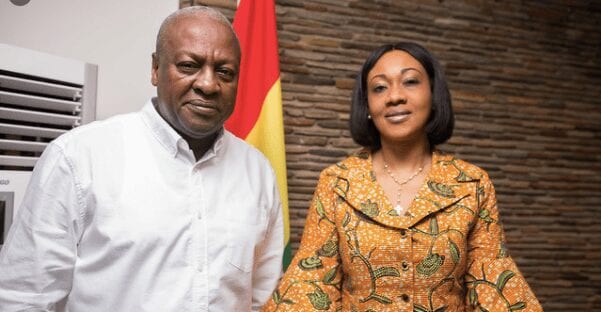 Former President John Dramani Mahama has again criticized the Chair of the Electoral Commission (EC), Jean Adukwei Mensa for the way and manner she handled the 2020 general elections.

Mr Mahama said there were several anomalies in the election results as announced by Mrs Mensa, for which he went to the Supreme Court.

Speaking to the United States Chapter of the National Democratic Congress (NDC) at the Bentley University on Sunday March 27, Mr Mahama said “we went to court for many reasons, one, because of the many anomalies in the results.

Mr further insisted that the involvement of the Military in the 2020 elections was wrong.

He said security at polling stations and collation centres during Ghana’s elections has always been the duty of the Police and not the Military.

The NDC’s 2020 presidential candidate said “8 of our citizens were brutally gunned down by men who were in uniform, we know those people, the Invisible and Delta Forces that have been enrolled into the Army and the Police.

“Our forces have been been quite disciplined forces and today, you see some of them and you wonder whether these are really disciplined Ghanaian soldiers or Policemen. You see them wearing earrings and they wear Azugu masks.”

He added “For the first time, at the polling stations we saw heavily armed soldiers.

Mr Mahama had earlier condemned the widespread use of the military to shoot unarmed civilians at various collation centres across the country.