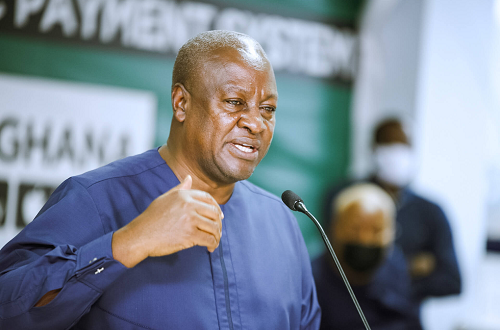 There is no dispute that the Ghanaian economy is in deep crisis, a crisis marked by huge budget deficits, an unsustainable public debt, rising inflation, a rapidly depreciating currency, ever rising cost of living and a loss of confidence by both domestic and international investor communities.

The effects of these have been severe hardships and suffering for the people of Ghana, especially those within vulnerable groups. As a result of the horrendous low point we have now reached, it is very clear that urgent intervention is required to avert a total collapse of the economy.

Yet, President Nana Akufo-Addo and his Head of the Economic Management Team, rather appallingly, remain nonchalant in the face of this serious crisis and have limited their response to the imposition of very harsh and regressive tax measures, one of which is the E-Levy, which has been roundly rejected by the people of Ghana.

Like one drowning and yet clutching at mere straw to stay afloat, this government has banked all its hopes on the E-Levy, which, given the gravity and depth of the problems that have beset our economy, is neither adequate nor viable as a sustainable response to the crisis.

In the face of this serious crisis, government has also resorted to unhelpful political posturing over suggestions on how to stem the downward spiral, ensure discipline and help the economy to recover.

It is painfully obvious that beyond the ill-conceived E- Levy, the Akufo-Addo administration has no viable or credible plan of action to get us out of the current economic doldrums into which they have plunged us; meanwhile, there can be collective buy-ins from the Ghanaian people, development partners and the investor community that are being ignored.

How come we do not have a much needed Post-COVID-19 Economic Recovery Plan that would lay down a firm blueprint for fiscal consolidation in the face of a worsening economic situation?

As I have indicated previously, the government must as a matter of urgency, borrow a leaf from our sound approach toward the challenges we faced in 2015. We immediately convened the Senchi Economic Forum at which we tapped the brains and expertise of a wide variety of knowledgeable people and stakeholders and built a consensus on our economic plan going forward.

The knowledge shared at Senchi crystallized into our Homegrown Fiscal Consolidation Programme, which we eventually presented to the IMF for support. The IMF agreed entirely with our homegrown strategy whose implementation restored stability to the economy and laid the strong foundations that this government, just as the World Bank in 2016 forecasted, profited from between 2017 and 2020.

But for the profligacy and also the reckless election related expenditure in 2020, which undermined all the progress that had been made, our economy would not have taken the catastrophic nose-dive it has taken and left us all reeling under hardship.

The Akufo-Addo administration in 2020/21 received and misapplied the largest windfall or bailout in Ghana’s history: a $1 billion concessional facility from the IMF, another $1 billion in SDR allocation, $430 million from the World Bank, $250 million from the Stabilization Fund, Gh¢10 billion from the Central Bank. This amounted to a total of about Gh¢33 billion.

It is a pity that today, the NPP’s entire economic plan hinges on the passage of an E-levy expected to raise a little over Gh¢6 billion. How did we arrive here?

The government must swallow what is left of its pride and create a platform for urgent and constructive dialogue among stakeholders with the view to fashioning out a robust set of policy responses to the economic challenges before we get to the point of no return.

We in the NDC stand prepared to aid in the salvage effort because inaction is not an option in the face of disaster. The clock is ticking very fast and the time to act is now. 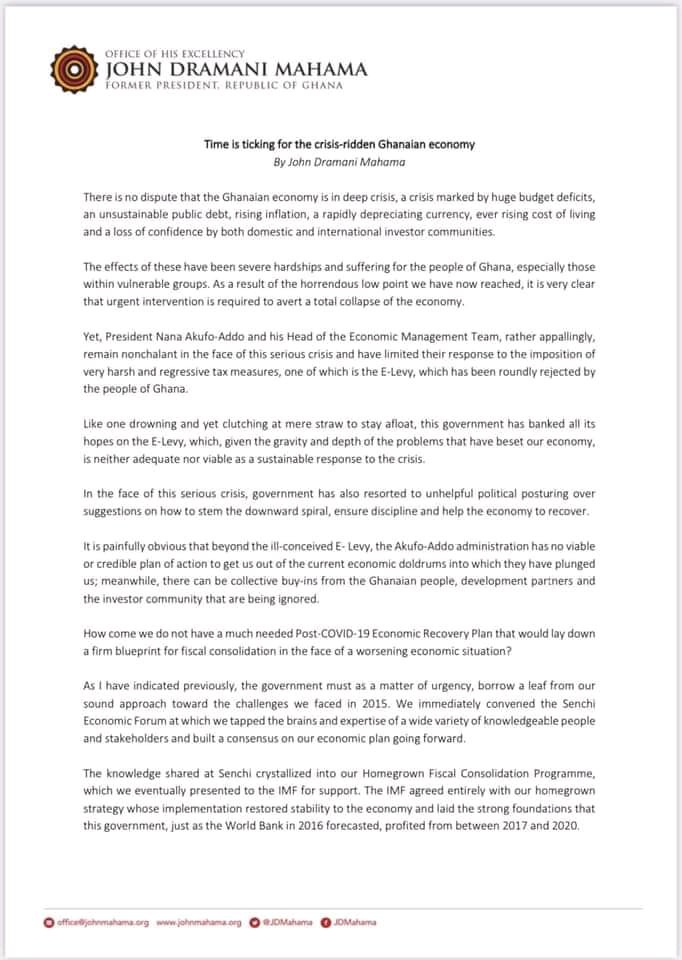 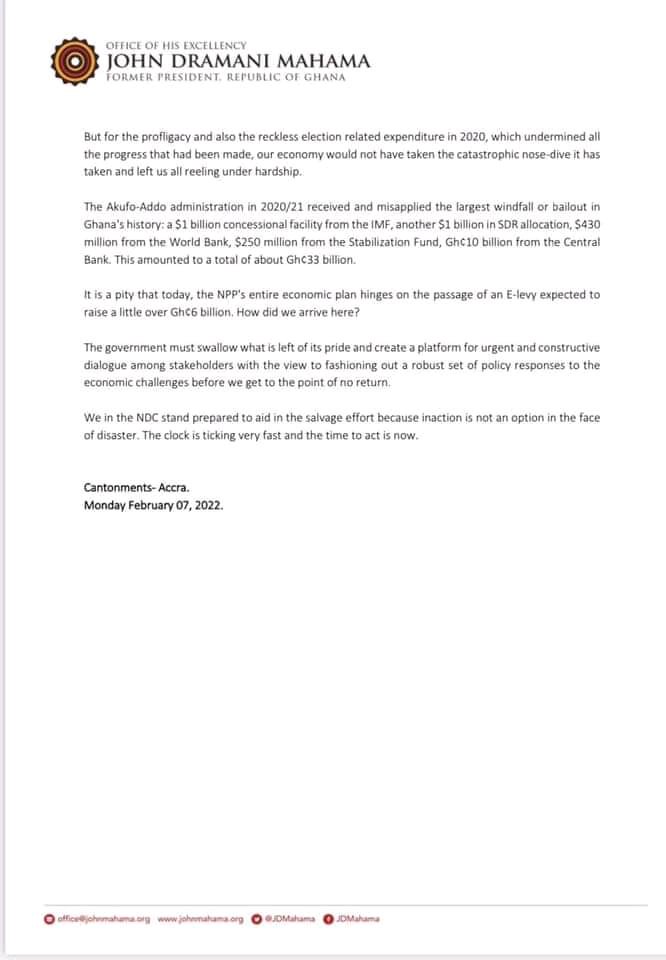