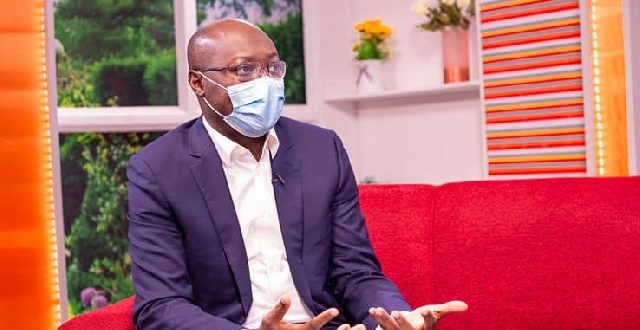 The minority in parliament has said judging from the 2022 budget presented by Finance Minister Ken Ofori-Atta on Wednesday, 17 November 2021, Ghana’s debt stop would balloon by the end of the year and get even worse in the next year.

Speaking to journalists in parliament right after the minister’s presentation, the minority’s spokesperson on finance, Dr Cassiel Ato Forson, said: “Now, the major issue again that is confronting us is the issue of debt sustainability”.

“In fact, according to the minister of finance, Ghana’s public debt stood at GHS341.76 billion as of September 2021”.

“This huge increase is as a result of borrowing occasioned by a record 15.6 per cent interest rate and a primary balance of 8.8 per cent in the year 2020”, said Dr Forson.

He explained: “The huge and unsustainable debt overhang has led Ghana to lose access to the international financial market due to a total loss of confidence in our ability to meet further debt service obligations”.

Again, he added, “we had expected that the 2022 budget will show clear signs of how the government intends to reduce the public debt and regain the confidence of the investors”.

“Unfortunately,” he bemoaned, “the budget presented by the finance minister does not offer much hope that this one is going to happen”.

“In view of the above, we project that the public debt will hit GHS355 billion the end of December 2022, representing 82 per cent of GDP, which is the highest since HIPC”.

“Again, the budget indicated that the situation will worsen in the year 2022 as the public debt will reach 426 billion by the end of the year 2022, representing 85 per cent of GDP”.

“Based on the trend, we, in the minority, concur with Fitch’s recent projection that the general government debt-to-GDP is going to rise up to 90 per cent by the year 2023”.

See also  This Good News For Ghana And Worth Celebrating. – Dr. Bawumia On New Ghanaian Cardinal

He said “it was obviously imperative for the 2022 budget to respond to some of these critical challenges facing us and to bring the economy back on track. Unfortunately, what has just been presented falls far below what is required and the crisis within the economy is set to deepen”, he projected.

According to him, the 2022 budget has been presented at a time when the Ghanaian economy is in “deep crisis and is, indeed, in complete shambles”.

“The key issues affecting the economy in the run-up to the presentation of this budget include the following: huge and unsustainable public debe leading to the loss of assets to the international financial market; deteriorating credit ratings and a complete loss of confidence in the Ghanaian economy; unprecedented budget deficit of 15.6 per cent and primary deficit of 8.8 per cent in the year 2020 which has led to more borrowing; severe hardships and extreme cost of living caused by the imposition of a raft of taxes; rapid depreciation of the Ghanaian currency; ever-increasing fuel prices and general food inflation; massive unemployment, non-payment of contractors, poor quality of government expenditure and the misuse of our scarce resources on ostentatious creature comforts of government officials”.