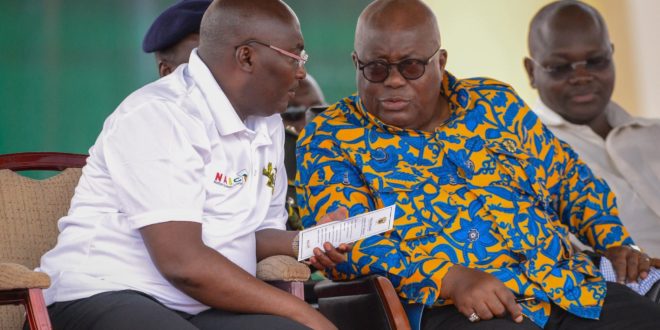 NABCO Trainees Vent Their Anger On Nana Addo And Bawumia; Set To Demonstrate On February 15

The Nation Builders Corps, NABCO were instituted by President Akuffo-Addo when first voted into power in 2016. The main aim of the corps was to employ the youth of Ghana and those employed will be paid an allowance of 700 Ghana Cedis.

Some of them also used the opportunity to express their utmost disappointment in President Akuffo Addo’s government. They reckon that this is not how the President promised to rule the country while in opposition. They said the country is already too expensive to live in because of Nana Addo’s poor governance and he’s adding unpaid allowances to it to make it more stressful and difficult to live in the country.

A couple of them also took the opportunity to call on all the media houses in the country to also speak to the government to ensure their small allowance is paid to them.

Below are various tweets from Ghanaians venting their anger on President Nana Addo Dankwa Akuffo-Addo and Vice President Dr. Mahmoud Bawumia led government to as a matter of urgency pay them in full all their outstanding allowance.

The leadership of the Coalition of Nation Builders Corps (NABCO) plans to stage a demonstration on 15th February 2022 to press home their demands for permanent jobs.

Speaking at a National Democratic Congress press conference, the patron of the coalition, Nana Barima Asamoah, said the NABCO members were “perishing in extreme hunger and deprivation.”

He complained that the NABCO members had been abandoned by the state.

“The actual ground [for the demonstration] is that after we were compelled to avail ourselves as power horses and bulldogs to canvas votes for the NPP to renew its mandate, we have been left in limbo.”

“We are displeased with the government. As we speak now, we are here on a solid ticket of the [NDC’s] recognition of our grievance and their commitment to helping us surcharge the government and hold Nana Addo’s government accountable.”

NABCO trainees have complained that the government has not released their stipend for about six months.

In November 2021, the NABCO secretariat admitted to some challenges with persons who had for several months not received their allowances and said it had prioritised payment of those allowances to those who were owed about two months allowance.

It however gave assurances that the payment to all trainees are being made and would soon reflect in the beneficiaries’ accounts.

The programme ended in October 2021 though trainees were asked to remain at post.

The government had indicated, during the presentation of the 2022 budget, that the YouStart programme and a Digital inclusion program would gradually absorb the remaining NABCO trainees.