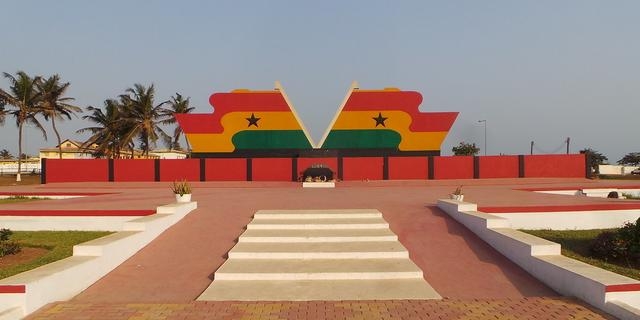 NDC Distances Itself From Inauguration Of Asomdwee Park

The main opposition National Democratic Congress (NDC ) has rejected an invitation from the Coastal Development Authority (CODA) for it to participate in the proposed inauguration of the Asomdwee Park on Sunday, July 24, 2022.

The late President John Evans Atta Mills who died on July 24, 2012, was buried at the Asmodwee Park near the former seat of government, Osu Castle in the Greater Accra Region.

In a letter dated 15th July 2022 and addressed to the Chief Executive Officer of CODA, the General Secretary of the NDC said the party will not be participating in the event because the invitation is at the instance of CODA and the Atta Mills Institute; the latter being a private divisive organization, well known for its fabrications and abusive language and which appears to have been formed to serve as a vehicle for the NDC’s political opponents to sow seeds of confusion in the minds of Ghanaians and obliterate the enviable legacy of late President Atta Mills.

The party said it is ready to review its stance if CODA is ready to meet it and members of the late President’s immediate family to review the arrangements for the commissioning of the park to give it the national character its deserved and to ensure it reflects the true purpose and outlook of the Asmodwee Park.

RE: INVITATION TO COMMISSIONING OF ASOMDWEE PARK

We have sighted invitations to a ceremony to commission the Asomdwee Park, the burial place of President John Evans Atta Mills who died in office on July 24, 2012.

The invitations are in the name of an Atta Mills Institute and the Coastal Development Authority (CODA) “under the distinguished patronage of President Nana Addo Dankwa Akufo-Addo”.

We presume CODA to be the funding agency for the refurbishment of the Park whose said commissioning is slated for July 24, 2022, and is separate from the 10th anniversary commemorative events being organized by the NDC.

2. We wish to state that the Asomdwee Park was conceived as a possible final resting place for deceased Presidents and Vice Presidents.

The fact that late President Atta Mills is so far the only dignitary buried there does not change its non-political purpose.

Indeed, the facility was developed by the National Security Office during the tenure of H.E John Dramani Mahama and remains a National Monument as well as a place of pilgrimage to honour the memory of dignitaries buried there.

It was designed to be managed by the national security office with access authorized only by that office. While it is in order for the Government of Ghana to organize functions at the facility and invite persons to same, it is, in our candid view, wholly inappropriate for any private entity to be given an office at the location, directly or indirectly conferring on it a role as overseer even to the extent of issuing invitations in the name of the state.

3. It is our position that no privately owned NGO should be clothed with such powers as to issue invitations bearing the National Coat of Arms.

4. We are concerned about the posture and activities of an Institute that has assumed for itself some form of mythical ownership of the name John Evans Atta Mills, three times NDC flag bearer and President of Ghanaians 2009- 2012.

That Institute appears to be serving as a vehicle for our political opponents to sow seeds of confusion in the minds of Ghanaians and obliterate the enviable legacy of late President Atta Mills, a man of peace who was elected unto office on the ticket of the NDC.

It would be a shame, as the invitation purports, for President Akufo Addo to be associated with a divisive organization, well-known for its fabrications and abusive language, Let us be clear, the Institute in question has been on a collision course with the NDC party on whose ticket Prof. Atta Mills contested and won the 2008 election and became President.

For your information, its founder has been dismissed from the NDC. An unfortunate impression should not be created that the Institute is being used by the Presidency and the enviable Coastal Development Authority (CODA) to spite the Atta Mills family, former President John Mahama and the entire NDC for that matter.

5. Any commissioning of the refurbished Asomdwee Park should in all sincerity, be a truly national affair befitting the stature and character of Prof JEA Mills, a man of peace who devoted his Presidency to the cause of national unity.

The commissioning should be a national affair not just by invitation, but by the participation of key stakeholders, not usurpers, in the planning process.

6. Given the above, we kindly request that you withdraw the invitations to the advertised function and meet with the NDC of which Prof. Atta Mills was leader up to the time of his untimely death, and alongside his immediate family, review arrangements for the commissioning event which will reflect the true purpose and outlook of the Asondwee Park.

Until that is done, the NDC will not participate in the proposed Commissioning event on the strength of invitations issued by the Institute.

All persons associated with the NDC have been duly notified of this binding decision.