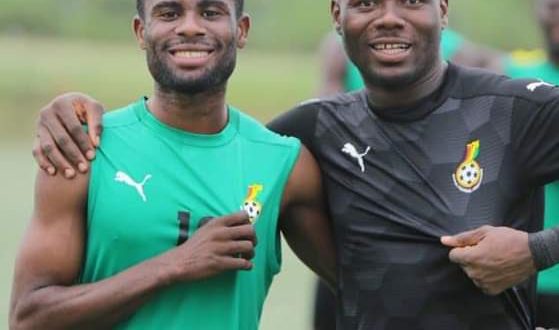 Daniel Afriyie Barnieh and Danlad Ibrahim are the only two home-based players to be named in the Black Stars final 26 man squad for the 2022 FIFA World Cup which will be held in Qatar.

Both have been outstanding and exhibited high level and consistent performance for both Hearts of Oak and Asante Kotoko in previous years.

Their incredible rise in the various national teams to the senior level has been really amazing and admirable with Danlad featuring from all ranks in the men division.

He has been part of the Black Stars squad under Otto Addo since the 2023 Africa Cup of Nations qualifiers against Madagascar and Central African Republic. He made his debut for the West African nation in an international friendly against Japan.

He led the Porcupine Warriors to the league title last season to end their eight year long abeyance.

They both also played a pivotal role in helping the Black Galaxies qualify for the 2023 CHAN tournament- having missed out in the last three editions and again powered the Black Meteors to the next qualifying round after edging out Mozambique just recently.

Ghana have been housed in Group H of the 2022 FIFA World Cup alongside 2016 European champions Portugal, Uruguay and South Korea.

The Black Stars will begin their 2022 World Cup campaign with Portugal on 24th November, 2022 before playing against Uruguay and South Korea

This is the final 26 man squad for Ghana BlackStars 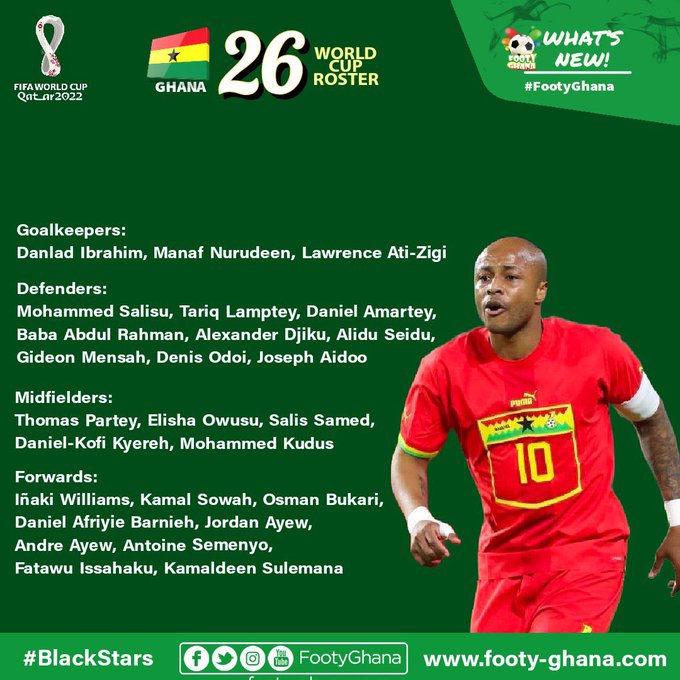