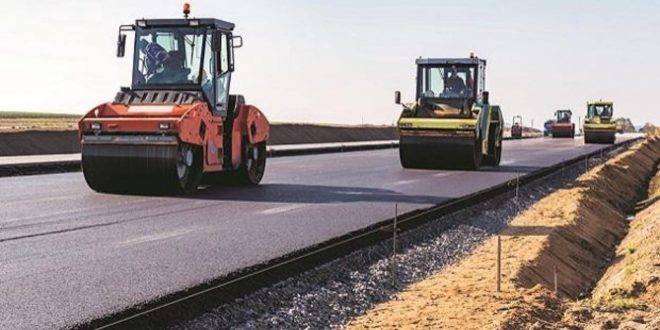 Our GHC 2.9 Billion Arrears Has Still Not Been Paid- Road Contractors

It has emerged that total amount of money owed the contractors is GHC 2.9 Billion. This amount dates back to 2017.

Government plans to construct an estimated 6,000 Kms of roads with a further promise to complete 120 footbridges out of the estimated 200 by the end of four years.

20 interchanges have also been promised.

However the Vice Chairman of the Contractors Association of Ghana Stephen Kwaku Attatsi said the inability of government to settle these arrears on the part of government is bad faith.

Mr Attatsi who passed the comments on the 3FM’s Sunrise Morning Show said “ For sometime now mobilization has not been made and so the contractors’ pre -financed and go to whatever financial house you go and they give you 60%. This is difficult for contractors so they are unable to finish the road if the money delays”.

He is therefore appealing to the government to pay the arrears. ” Right now when you go to any financial house and you mention contstruction they don’t want to hear your name because you wont pay. Those days the banks chase after us to come for loans now they don’t come.”