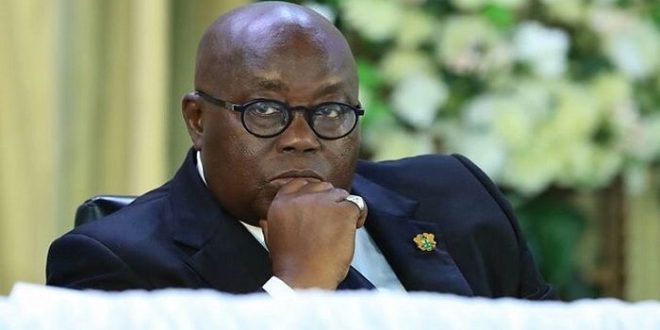 Ghana’s President Nana Addo Dankwa Akufo-Addo has received more money than any other president in Ghana but he has little projects to show for, the National Communications Officer of the National Democratic Congress (NDC) Sammy Gyamfi has said.

Sammy Gyamfi who is a member of the pressure group, Arise Ghana, said the current government has received an amount of ¢500billion but there are no major projects such as schools and hospitals to point to as having been built from the funds.

“President Akufo-Addo has had money more than any government. The last time we checked, he has received ¢500billion yet, he has not built hospitals and schools,” he said on the New Day show with Johnnie Hughes on TV3 Monday, June 27 while speaking on the planned demonstration by the Arise Ghana.

“This country is regressing,” he stressed.

He further explained that the demonstration is intended to protest against the government for the untold hardship Ghanaians are going through at the moment.

In his view, the hardships are due to the high fuel prices and also some of the taxes on petroleum.

For instance, he said the 10 pesewas Sanitation and Pollution tax which he termed ‘Borla tax’ is not needed.

Sammy Gyamfi said ” the first major activity is the demonstration scheduled for 28th and 29.

“We don’t understand why Ghanaians should continue paying ‘Borla’ tax,” he added.

The group planned to start the series of demonstrations on 28th June 2022, starting from the Kwame Nkrumah Circle Interchange/ Obra Spot and ending at the frontage of the seat of government.

“We shall move through the Nima Police Station street to the Arko-Agyei inter-change and end at the Frontage of the Jubilee House where we will picket until 10 PM,” a statement issued by the group earlier said.

The purpose of the demonstration, they said, “is to protest against persistent and astronomical hikes in fuel prices by the Akufo-Addo/Bawumia government that has imposed excruciating economic hardships on Ghanaians; protest against the imposition of the obnoxious E-Levy on the already-burdened Ghanaian people by the insensitive Akufo-Addo/Bawumia government.

“Demand a full scale and bi-partisan parliamentary probe into COVID-19 expenditures; Protest against the grabbing of State lands by officials of the Akufo-Addo/Bawumia government, particularly the de-classification of huge portions of the Achimota Forest Reserve.

See also  Former Akwatia MP, Ama Sey Must Come Back; We Were Unfair To Her - NPP Women's Organizer Cries Out

“Protest against the increased rate of police brutalities and state-sponsored killing of innocent Ghanaians, as well as the growing culture of human rights abuses under the watch of President Akufo-Addo and Alhaji Bawumia.”

I'm Adwenpa-Hene |Blogger & Broadcaster Journalist. I am the CEO and manager of this noble website. I publish on Entertainment, Sports, Politics, Lifestyle, and Technology. You can also follow Us on : YouTube Channel - My Ghana Media TV, Facebook - MyghanaMedia TV , Twitter - @MyGhanamedia2 & Instagram - My Ghana Media TV. Email Address: [email protected] Contact Us: 0200818719
@@MyGhanamedia2
Previous US-Based Aviation Expert: Ghana’s Presidential Jet Incapable Of Going On Long Haul Journeys
Next Factories, Roads Have Been Built; Economy Continues To Grow But Trouble Is How To Ride The Current Storm – Gabby Otchere