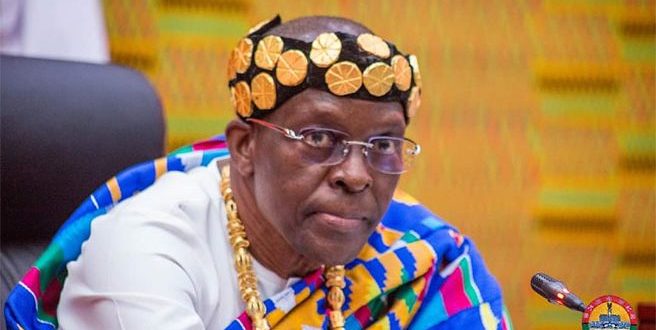 Pressure Mounts On Speaker Of Parliament To Resign

A call has been made to the Speaker of Parliament, Alban Bagbin, to resign on the grounds of infirmness.

The call from former CPP acting General Secretary, James Kwabena Bomfeh Jnr, aka Kabila, is hinged on grounds of ill-health, principle, and conscience to save Ghana’s Parliament.

Kweku Baako Jnr’s call, made a month ago, had it that should the Speaker’s ill-health impede his function in Parliament, he should resign.

His intermittent absence from Parliament, a situation occasioned by his ill-health, has come under sharp focus of late.

The issue of the controversial E-Levy has for instance enhanced discussions about the Speaker’s intermittent absence from the House.

The anomaly is said to be impeding the work of Parliament.

He is out of the country now undergoing a routine, what is said to chemotherapy, over a prostate condition in Dubai.

It is against this background that Mr. Bomfeh appealed to the conscience of the Speaker to save himself and the parliamentary practice, to sustain the nation’s democratic journey.

However, Kabila, who has launched a campaign he christened: “# Let’s Save Bagbin, LSB” emphasised the Speaker’s vow not to allow any impediment in the work of Parliament under his speakership.

The call, therefore, was meant to demand adherence to the Speaker’s vow not to disturb the House with his ill-health.