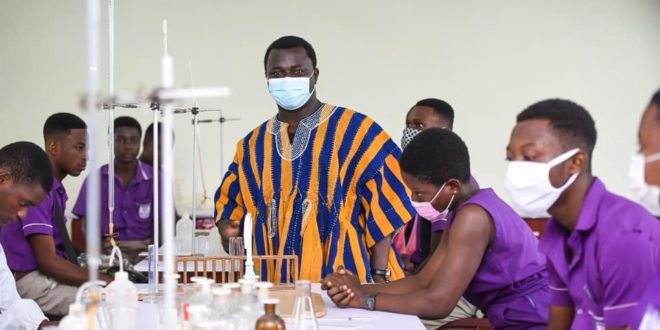 The Deputy Minister of Education, who is also a member of Parliament for Assin South, Honorable Rev. John Ntim Fordjour has declared that private schools will be treated properly by the National Schools Inspectorate Authority (NaSIA).

He stated that the Ministry will continue to consult private schools on all policy and initiative matters. He advised them, however, to exercise their freedom and involve the ministry in any endeavor.

Hon. Fordjour was responding to a request from Rev William Kwasi Baako , president of the National Union of Private Schools – Ghana, for private schools to be included on the NaSIA board.

See also  E/R: 8 Persons Confirmed Dead, Many in Critical Condition in a Gory Accident at Kpong

He noted the 30% equality allocation to public schools as one of the policy’s most remarkable features.

According to him, the strategy has benefited a large number of pupils, particularly those from distant places, who previously did not have access to such opportunities.

Meanwhile, Rev William Kwasi Baako appealed for a reassessment of the academic calendar. According to him, because parents spend a lot in December, it will be difficult for them to pay their children’s tuition and purchase books and other school supplies in January, and hence the academic calendar should be changed to September.

However, the deputy Education Minister stated that the new academic calendar is a temporary measure taken by the government to reintroduce education following the difficult moments during the COVID-19’s peak and will be examined in four years to return to the old. He stated that Ghana’s efforts to reintroduce learning has been hailed across the globe.

“The new calendar is a strategic one that will be implemented over the next four years with the resumption of the academic calendar to September,” the Minister explained.

He furthered, “Not only in Ghana, but throughout the world, the academic calendar was disturbed by Covid-19. Thus, it is something about which we are all concerned and fighting to restore normalcy.”

The deputy Education Minister stated these when the leadership of the National Union of Private Schools – Ghana, led by Rev William Kwasi Baako called on the Minister on Friday, 11th February.