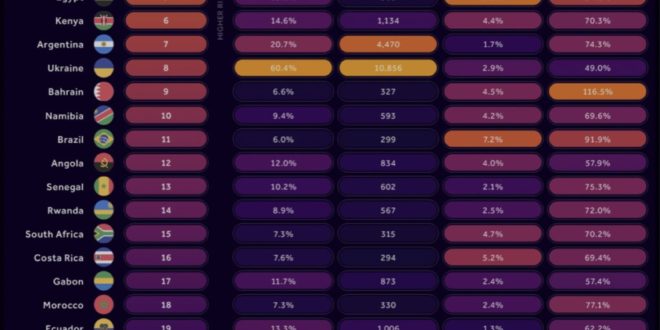 Report: Ghana Ranked 2nd On The List Of Countries With Highest Debt Default Risk In 2022

A Bloomberg study has ranked Ghana 2nd among countries with the highest debt default risk in 2022.

Ghana’s debt to Gross Domestic Product (GDP), according to Bloomberg, is estimated at 84.6% by the end of this year.

This indicates that the nation’s debt will have surpass ¢400 billion by far before the end of 2022.

As of the first quarter of 2021, Ghana’s public debt had hit ¢391 billion (US$50.3 billion), the Bank of Ghana reported. As much as ¢40.1 billion was added to the debt stock, largely as a result of exchange rate fluctuation.

Together with Brazil, Ghana’s interest expense to GDP is projected to hit 7.2% in 2022, the highest among the 25 countries, captured by Bloomberg.
Ghana ranked 2nd by Bloomberg with highest debt default risk in 2022

This means the two countries will spend more money to service their debt in 2022.

Already, the International Monetary Fund has cautioned that more than 30% of emerging and developing countries are at or near debt distress, with 60% from developing economies.

According to Bloomberg, Tunisia with a debt-to-GDP ratio of 87.3% is ranked 3rd among countries that are in the risk of debt default.

Ghana’s situation prior to announcement by the government to seek IMF bailout was precarious as investors had perceived the Ghanaian economy as risky, therefore escalating the yield on Ghana’s Eurobonds.

However, since the announcement by the government to seek economic support from the Fund, calm has returned to the markets as interest rates have remained relatively stable, though there are still some concerns about the foreign exchange market.

I'm Adwenpa-Hene |Blogger & Broadcaster Journalist. I am the CEO and manager of this noble website. I publish on Entertainment, Sports, Politics, Lifestyle, and Technology. You can also follow Us on : YouTube Channel - My Ghana Media TV, Facebook - MyghanaMedia TV , Twitter - @MyGhanamedia2 & Instagram - My Ghana Media TV. Email Address: [email protected] Contact Us: 0200818719
@@MyGhanamedia2
Previous Nursing Trainees Ditch Clinical Practicum Due To Non-Payment Of Allowances
Next Ghanaian Goalkeeper Crashed To Death While Chasing Ball During A Friendly Match 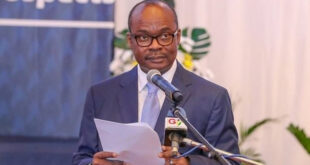