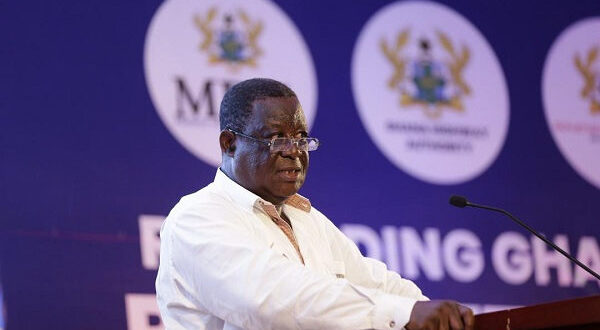 The Roads and Highways Minister, Kwasi Amoako-Attah has sought to clarify his comments on the use of the abandoned tollbooths in the country as places of convenience saying, the plan is among many others being considered by the government.

He says the suggestion which has been met with widespread criticisms has also been misconstrued by the media and a section of the public.

Speaking on the floor of Parliament in response to a question raised by Adaklu MP, Governs Agbodza on why the Minister has decided to convert the defunct tollbooths into urinals while asking for financial approval to build new booths, the Minister explained that he was providing answers to a specific question about what next for the tollbooths to which he provided one of the several proposals.

“It was an interview, but a small portion of it is what has been taken by the media. I was speaking to the press and they wanted to know the future of all the tollbooths and among others, I said the Ministry has plans and the government is thinking of a lot ways of putting the tollbooths to use, and I said that we have about 38 of them at various vantage points in the country,  to improve the sanitary situation. For instance, on the highways we have vehicles stopping indiscriminately and drivers and passengers getting down urinating everywhere and it’s too indecent.”

The Minister’s comments may come across as a U-turn as he struggled to provide a convincing clarification to his colleague MP.

He however added that no firm decision had been taken on the plan, as his Ministry is still considering proposals on the next line of action for all tollbooths nationwide, following government’s decision to abolish the collection of tolls.

“I suggested that [tollbooth will be turned into washrooms] among other things, so it wasn’t a statement I made anywhere. It was an interview and only that portion was picked. You do not have access and you are not privy to the entire interview so as a Member of Parliament why did you pick this alone, [it means] you are ignorant,” he replied Mr. Agbodza.