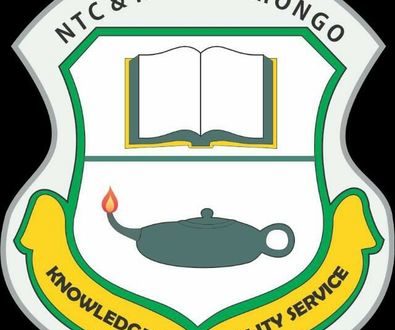 Tension is brewing at the Damongo Nurses Training College in the Savannah Region, with students planning a demonstration against the Principal of the institution, Hajia Iddrisu Rabiatu.

The students are accusing Hajia Rabiatu of running down the school and have vowed to protest to demand her removal.

There are reports that the school did not supervise clinicals of its continuing students in February and March this year due to a lack of funds.

First-year students who went on clinicals in April were nearly turned away by some health facilities because they reportedly did not have name tags which are mandatory for students on clinicals.

The school has also not released results for the re-sit examination and practical examination for the semester.

All vehicles belonging to the school, three pick-up trucks, and a bus, have broken down except the pick-up being used by the Principal.

As a result, students resort to public transport to other districts for clinicals.

These challenges and congestion at hostels among others are what Hajia Rabiatu’s accusers point out as her failures.

They say things were much better in the school during the time of her predecessor.

Students who spoke to Citi News on condition of anonymity say most of them have to feed themselves because of the low quality of food they are fed with.

“What kind of school is this? We have a lot of problems, yet the principal is always in Tamale or elsewhere, she can’t stay here for even a week. How can I pay for clinicals and when I go to Tamale, you tell me to pay my own fare and return. Did I send myself there?” another student quizzed.

A member of the school’s Students’ Representative Council said since they were elected, meeting the principal has been impossible.

As a result, they have petitioned the principal on their grievances, but they are yet to receive a response.

“Since we took over, she has not met us, we wrote to her request for a meeting, and she did not respond. We have petitioned her and even that no response. We went to her office and she sent us away, so we are left with no other way out than to use force, we will demonstrate against her.”

As of Friday, April 8, 2022, the Students’ Representative Council (SRC) is fighting a directive to break the school for over a week for the Easter festivities without feeding.

The SRC contends that they have paid for all those days, so the school must feed students who do not intend to travel for the break, which they say is unduly long.

Some tutors of the school are also unhappy about the running of the institution.

“The school is broke, just less than three months after first-year students paid fees, most continuing students also paid their fees, and the school can’t even find the money for us to supervise clinicals. This school needs saving” a tutor told Citi News on condition of anonymity.

It took the intervention of the Damongo Youth parliament and the Savannah Regional Minister to prevent a demonstration against the principal last year, but it does appear that will be difficult to do this year following the level of anger among students and some tutors.

Meanwhile, all attempts to get a response from the principal have been futile.