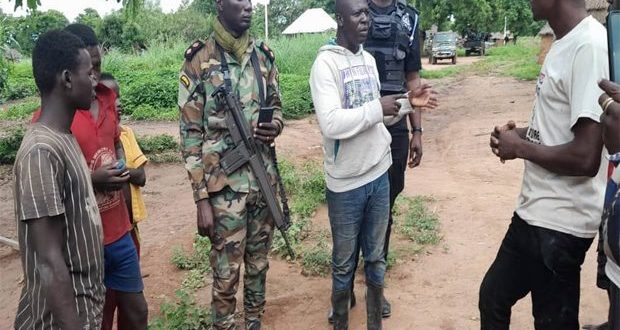 Information gathered indicates that some unknown gunmen have allegedly ‘kidnapped’ some women who went to farm at Mempeasem near Damongo in the Savannah Region.

The Assemblyman of the Area, Yakubu Kipo, who confirmed the incident to DGN Online said a search team has been dispatched to help rescue the victims.

He however did not give further details about the incident.

×
DGN Online gathered that the women were working on the farm in the Mempeasem community when the gunmen stormed the farmland and threatened to kill anybody who attempts to escape.

The gunmen then ‘kidnapped ‘ the women and sent them into the bush.

However, a farmer who witnessed the said ‘kidnapping’ from his farm went into the community and informed community members who also took their weapons and went in search of the woman.

Luck however eluded one of the unknown gunmen who dressed like a woman and was arrested by the community members and sent to the chief’s palace before being handed over to the police for further interrogations.

Meanwhile, the Savannah Regional Security Council has deployed military and police personnel into the bush to conduct a search and rescue the victims.

our reliable source  also gathered that a military helicopter has been launched to search for the victims in the area. 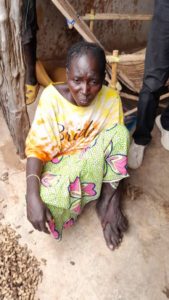