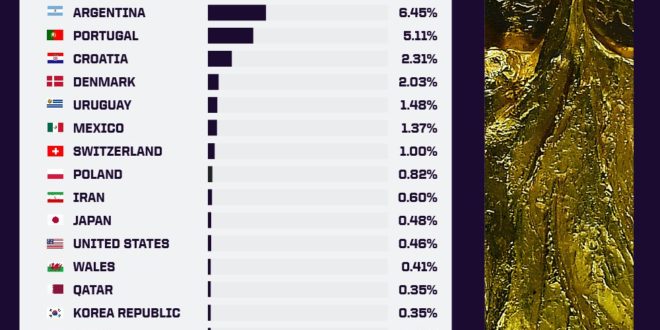 The four-time African champions, Black Stars of Ghana have a slim chance of becoming the first nation from the continent to win the FIFA World Cup in Qatar, according to Opta Analyst.

Statistics from Opta Analyst, arguably the largest data-focused sports company in the world, show that the Black Stars have less than a one per cent chance of winning the 2022 World Cup. In a post on Twitter, sighted by Sports Brief, Ghana’s chances of winning the World Cup have been rated 0.02% by Opta Analyst.

The West African country has been drawn into Group H alongside Ronaldo’s Portugal, Asian powerhouse South Korea and two-time World champions, Uruguay in what promises to be a tough but not improbable group to qualify from. 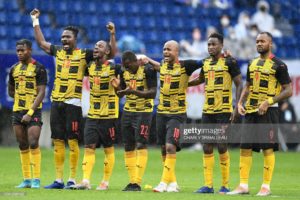 The Black Stars will open their campaign at the 2022 World Cup in Qatar with a blockbuster clash against Cristiano Ronaldo’s Portugal. 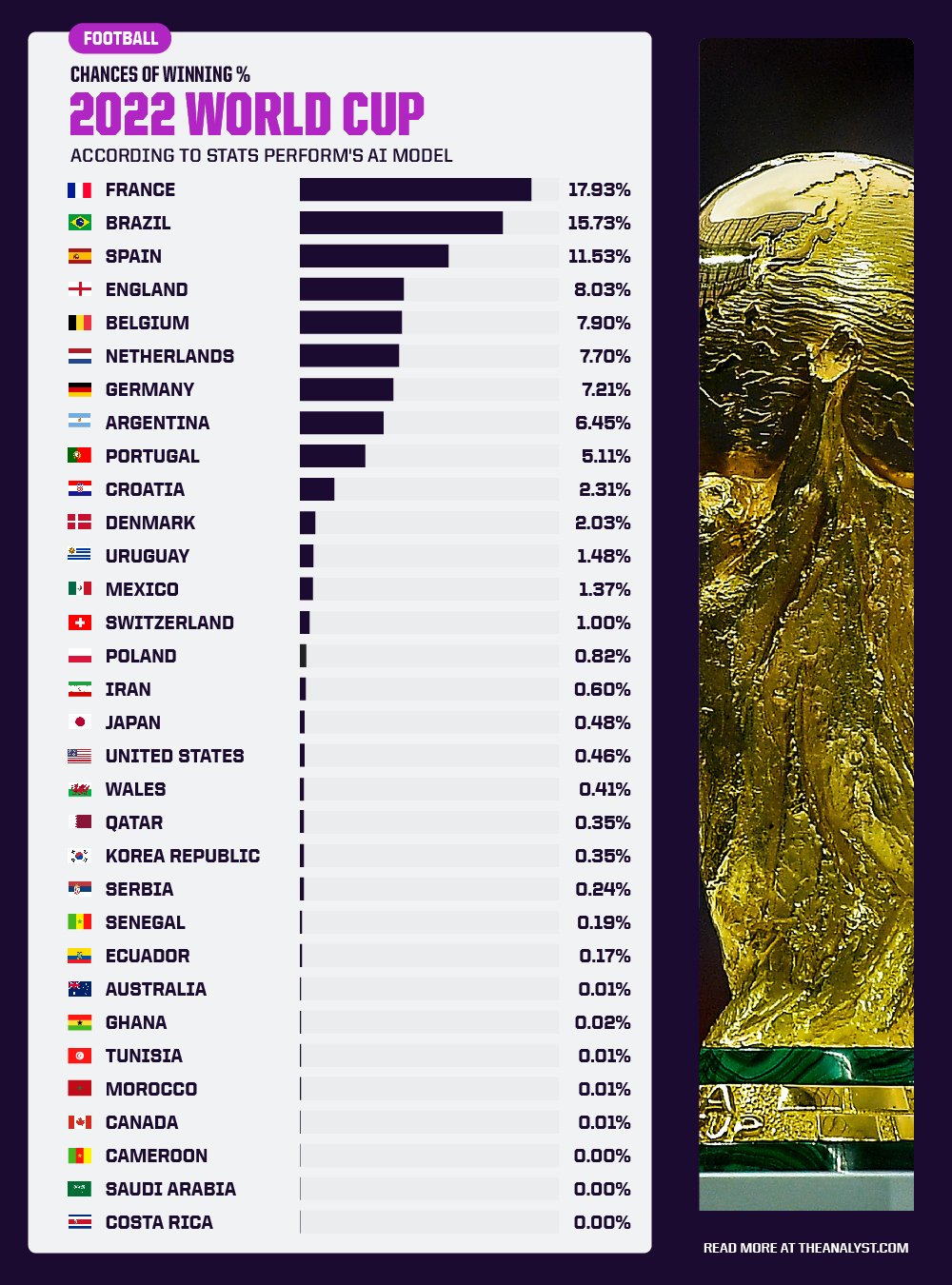 France to become the first team since Brazil in 1962 to retain the World Cup? 🤔🔮

Ghana is appearing at the World Cup for the fourth time after missing the 2018 edition in Russia.

No African side has ever won the competition since its inception in 1930 .

In 2008, Ghana reached a high ranking of 14 according to the FIFA World Rankings. The Black Stars went on to secure a 100 per cent record in their qualification campaign, winning the group and becoming the first African team to qualify for the 2010 FIFA World Cup. In the final tournament, the team competed in Group D with Germany, Serbia and Australia.

Ghana reached the round of 16 where they played the United States, winning 2–1 in extra time to become the third African nation to reach the World Cup quarter-finals. The team then lost to Uruguay in a penalty shootout in the quarter-finals, having missed a penalty kick in extra time after a certain goal was prevented by Luis Suárez’s deliberate handball, who was then shown a red card for his actions.

I'm Adwenpa-Hene |Blogger & Broadcaster Journalist. I am the CEO and manager of this noble website. I publish on Entertainment, Sports, Politics, Lifestyle, and Technology. You can also follow Us on : YouTube Channel - My Ghana Media TV, Facebook - MyghanaMedia TV , Twitter - @MyGhanamedia2 & Instagram - My Ghana Media TV. Email Address: [email protected] Contact Us: 0200818719
@@MyGhanamedia2
Previous Ex-Gratia Gives MPs Nothing; Compared To Huge Expenditure On Their Elections – Alban Bagbin Justifies [Audio]
Next Kennedy Agyapong To Privileges Committee: I Absented Myself From Parliament Due To ill-Health