Breaking News
Home / POLITICS / Volta NPP Chairman: We Have Delivered On Our Promises Without IMF 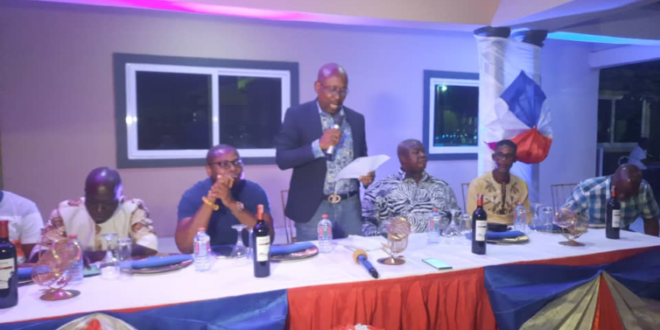 Volta NPP Chairman: We Have Delivered On Our Promises Without IMF

The Volta Regional Chairman of the New Patriotic Party (NPP), Makafui Kofi Woanya, has said that the NPP has delivered on its promises without IMF, contrary to what critics and the opposition would have wished happened

Mr. Woanya who made the comment during a press soirée for journalists in the Volta Region noted that in spite of the crisis, the NPP has made great strides and continued to make progress as a country.

“Contrary to what the opposition and critics would want us to believe, Ghana has achieved a great deal of success,” Mr Makafui Kofi Woanya said.

Mr Woanya noted that government continues to fulfill its promises by paying salaries to public sector workers and has resuscitated the National Insurance Trust which collapsed under the NDC.

He noted that the free SHS policy is not only working but more and more educational infrastructure are being provided including the completion of abandoned projects by the previous government.

In the Volta Region, Mr. Woanya noted that a lot of projects like the Eastern Corridor road is progressing steadily, the Sokode-Ho dual carriage road which did not have a design and secured source of funding has been regularised and near completion.

“The Sokode-UHAS -Titrinu bypass road which was paid for and abandoned by the previous NDC government is progressing steadily with UHAS which NDC always claims is their baby is also seeing massive infrastructure expansion including its internal road networks,” Mr Makafui Kofi Woanya said.

The projects and success chalked by the NPP led government, Mr Woanya said, has been a success without any support from the IMF yet.

Mr Makafui Kofi Woanya urged party faithful to work harder in order to break the 8 in 2024.

He also urged the media to always be fair in their reportage, especially when it comes to political issues.

The National Communication Director, Richard Ahiagba, also urged the media to help maintain peace and tranquility in the country.

Mr Ahiagba noted that it is important for journalists to make sure that they always cross check information before they put it out in the public space.