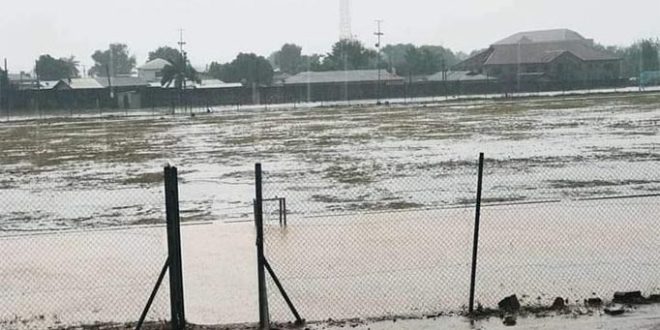 Residents of the Volta Regional Capital, Ho, are unhappy with the state of the Ho Stadium which was recently used for the Volta Trade and Investment Fair.

Their anger had stemmed from the flooding of the pitch of the stadium last Sunday, February 13, 2022, after a downpour.

At the time of the rain, there was a friendly match ongoing between Ho-based, Home Stars FC and the National Under-17 team – the Black Starlets.

The bad nature of the pitch left football fans who had thronged the stadium disappointed as the game was called off only 10 minutes into play.

Referee Rustum Gameli Senorgbe had temporarily halted the game with the hope that the pitch can be used after the rain, however, the visibly flooded pitch forced officials to call off the much-anticipated game to the discontent of fans.

The match was rescheduled to the next day.

Despite the reschedule, the fans started chanting and insulting the authorities for failing to maintain the pitch after using it for other social gatherings in the last few months.

Some of the fans were seen using buckets to scoop the water off the pitch in protest.

Others also blamed the Volta Regional Minister, Dr. Archibald Yao Letsa for not keeping to his promise of restoring the pitch to shape, after hosting the 2021 Volta Fair at the stadium. 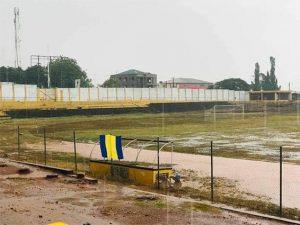 “All sorts of events will be held at the stadium; leaving the pitch in a bad shape, yet no attempt to restore the pitch.

The Regional Minister promised they would fix it but nothing has been done,” some angry residents said.

The Regional Minister in several media interviews in November 2021 gave the assurance that the damage caused to the football pitch a few weeks after the end of the Volta Fair would be repaired but progress is yet to be seen almost three months after.

Apart from fans who lamented over the weekend, residents across the region have expressed disappointment in the state of the Ho Stadium.

Some have even hinted at demonstrations.

Sources close to the Regional Office of the Ghana Sports Authority (GSA) lamented how their views and advice on how to maintain the pitch and the entire stadium is not heeded to.

Coincidentally, the Regional Youth Resource Centre which is meant to complement the stadium is still uncompleted after five years.

The project was originally scheduled to be completed within a year.

I'm Adwenpa-Hene |Blogger & Broadcaster Journalist. I am the CEO and manager of this noble website. I publish on Entertainment, Sports, Politics, Lifestyle, and Technology. You can also follow Us on : YouTube Channel - My Ghana Media TV, Facebook - MyghanaMedia TV , Twitter - @MyGhanamedia2 & Instagram - My Ghana Media TV. Email Address: [email protected] Contact Us: 0200818719
@@MyGhanamedia2
Previous Court Places Injunction On UTAG Strike
Next Alban Bagbin: I Do Not Want To Be Part Of The Many Judgment Debts For The country 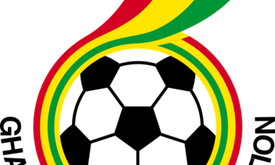