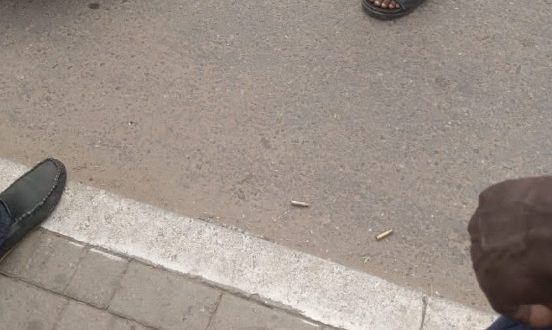 Residents and motorists in some parts of Ho in the Volta Region have been thrown into a state of shock after shots were fired by the police on Friday afternoon.

A daily routine of revenue collection by the Ho Municipal Assembly and the Municipal Police Command turned chaotic after it was alleged that, a tricycle operator refused to pay a daily tax of GH¢1 per rider.

The tricycle operator, according to some eyewitnesses, drove past the revenue collection point as he was said to have already paid.

The rider’s actions caused the police to chase him and fire shots in an attempt to stop the driver.

Although there were no casualties, residents say the action of the police is not acceptable and put them in danger.

“I was sitting here doing my business when I overheard some drivers arguing over an incident with the police. I only saw some Mahama Canboo [tricycle] riders passing by, and suddenly some police were running after one rider in particular.”

“Shots were then fired instantly towards the direction of the tricycle and the rider had to alight from it. He started pleading and told them he paid. The bullet hit the ground and can even be seen on the main road. People rushed to the scene to help the driver,” one woman narrated.

Another onlooker reported that the police dragged the rider out of the tricycle. 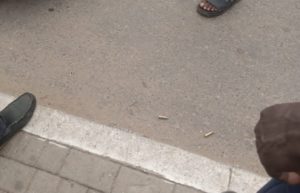 “The rider was on his knees pleading with the police. I was shocked because people were walking on the street and others were in their shops close to the scene. I had to confront them and told the police his actions were not right, he shouldn’t have shot in the midst of people.”

“He could have injured pedestrians. The rider is not an armed robber. As a trained police officer, he needed to handle this issue professionally. It is the responsibility of the police to identify the registration number and make arrests, but not to shoot.”

I'm Adwenpa-Hene |Blogger & Broadcaster Journalist. I am the CEO and manager of this noble website. I publish on Entertainment, Sports, Politics, Lifestyle, and Technology. You can also follow Us on : YouTube Channel - My Ghana Media TV, Facebook - MyghanaMedia TV , Twitter - @MyGhanamedia2 & Instagram - My Ghana Media TV. Email Address: [email protected] Contact Us: 0200818719
@@MyGhanamedia2
Previous GES Reviewing Free SHS To Determine How Much Parents Can Pay – Director General Says [Audio]
Next Suspected Robber Burnt To Death In Front Of Police Station In Juaboso