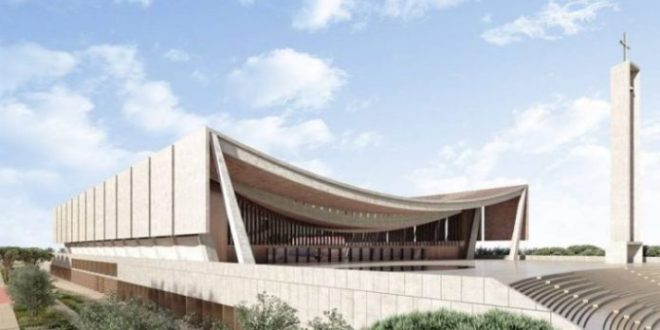 A spokesperson for the National Cathedral Project and Member of the New Patriotic Party (NPP) Communications Team, Mr Benjamin Gyawu Appiah, has re-assured the public that the Government will not use the tax payer’s money to build the Cathedral despite challenges.

His comments follow the recent statement by the President to build the cathedral at all cost.

In August, the Directors of the National Cathedral Project made it known that Work on the Project was stalled because of lack of funds.

Although the Foundation works on the multi-million project had been completed, the workers were sent home until enough funds is raised to continue the project.

Despite the fact that the project was on hold and the workers had been sent home, the contractors and their staff were on the site.

He said the national cathedral project was something dear to his government, stressing that it will be built at all cost to the glory and honour of God.

Speaking on Atinka TV‘s morning show, Ghana Nie with Ekourba Gyasi Simpremu, Mr Benjamin Gyawu Appiah said although the project was suspended, the government has completed all necessary arrangements with the contractors of the project, adding that they will resume work next week.

He re-assured that the tax payer’s money will not be used for the project, and appealed to Ghanaians to support the project financially, saying that every country with a cathedral has the spirit of God backing them.

See also  I Saw Him Crying In The Car – Kofi Adoma Reports From The Supreme Court.

“When you look at all the countries that have prospered, including America, they started with the name of the Lord. When the President was a flagbearer, he made the promise to God that his party will build the cathedral to thank God when he helps them to get power. Let us remember that at that time, it was the third time he was going for the election. So for the cathedral, when you look around the world, you will realise that every country that has a cathedral has the spirit of God backing them,” he said.

He admitted that people have donated towards the project, adding that, “I will plead with everyone who has not donated to do so because we are doing it for God and our country and every family, house or individual who donate, will receive blessings,” he said.

See also  Today's Newspaper Headlines; Monday, 28th February, 2022
Thanks for reading from MyGhanaMedia.com as a news publishing website from Ghana.