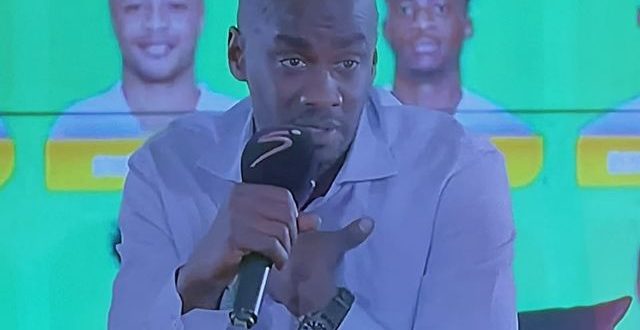 Black Stars coach Otto Addo says he spoke with players who were left out of the squad and explained his decisions to them.

Schlupp and Paintsil, both in great form for their clubs this season, were reported to have been dropped as of last week, and the coach confirmed it at a press conference in Accra.

Having made the squad official, the Dortmund coach was quizzed on why some of the players were left out but he opted not to speak about them.

“I wouldn’t like to talk about players, not in the squad,” Addo told the media.

“We communicated. We had a talk. They know the reason. He knows why he is not in the squad.”

Ghana begin their World Cup campaign against Portugal on November 24, before facing South Korea four days later and concluding the group stage against Uruguay on December 2. Ghana head to Qatar for the World Cup desperately hoping to avoid a repeat of their last major tournament.

At the Africa Cup of Nations in January, Ghana, four-time winners of the continental competition, failed to make the knockout round for the first time in 2006 following a shock defeat to minnows and debutants Comoros.

Their humiliating exit saw them fail to win a match in 22 appearances at the finals and finish bottom of their group.

But Ghana have struggled for form since edging out Nigeria for a place in Qatar in a tie marred by crowd violence in the second leg.

Such is the level of concern over their recent travails that some are even calling for Addo to be replaced before the World Cup, while the country itself has sought divine intervention by having two national days of prayer and fasting in a bid to reverse their fortunes ahead of the tournament.

Ghana have won just two of their 12 matches this year.

They were held to a 1-1 draw by the Central African Republic, ranked 132 in the world by FIFA, in their first AFCON qualifier in June, before being thrashed 4-1 by Japan and drawing 0-0 with Chile.