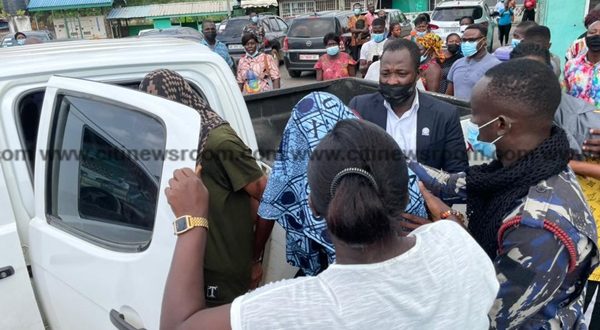 The three Senior High School (SHS) students, arrested in connection with the burning to death of a Bolt rider at Sekondi Baka-Ano in the Western Region, have been remanded into police custody.

They have been slapped with several criminal charges and were remanded on Thursday, December 30, 2021, by a Sekondi District Court presided over by Her Worship Mrs. Catherine Obiri Addo.

The first accused person, Adolf Eshun is facing only one count of abetment of crime namely robbery.

The two others, Patrick Baidoo and Joseph Lord Nii  Adjei Oninku are being pressed with four charges.

The two other counts are causing unlawful damage and murder all contrary to the Criminal Offenses Act, 1960 (Act 29).

It later emerged that the two burnt the deceased, AB1 Okyere Boateng who is also a Naval Officer, after he resisted an attempt to take his vehicle away.

They later poured petrol on the rider and set him ablaze.

The driver sustained burns from his face and several parts of his body. He later died at the 37 Military Hospital.

The suspects after their arrest confessed to committing the crime.

The news has brought sadness and fear amongst bolt drivers in the area.

Meanwhile, the court has adjourned the case to Friday, January 14, 2022.

Joseph Evans Abekah, lawyer for suspect Adolf Eshun said “the police are still doing their investigations, so the court has remanded them to avoid any interference. So this is a provisional charge. 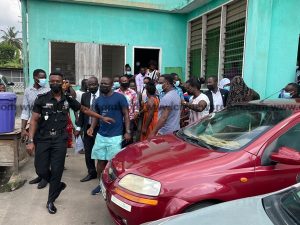 When they are done with the investigation then we will know the main charges. But we are of the strong opinion that after the investigation, my client will not be involved because he is innocent. He was just called by his friends who were stranded, to order a vehicle for them, and he did just that.”

Some Bolt drivers who came to the court called for speedy justice.