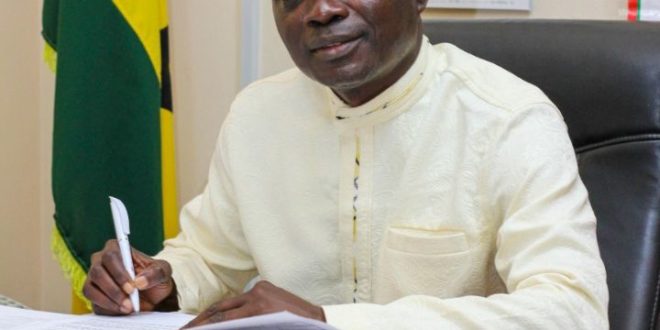 The Minister of Chieftaincy and Religious Affairs, Ebenezer Kojo Kum, has debunked claims that NABCO trainees at his Ministry have been asked to leave post.

A letter purported to be from the Ministry showed that the trainees were asked to leave post because the NABCO programme had ended.  Though the letter was dated January 21, 2021, it was minuted and referred for action in January 2022.

But the Minister said the letter should be disregarded. He explained that his Ministry does not have the power to remove NABCO trainees from their posts.

Concerning the exit plan for the trainees, the Minister said on TV3 Midday Live that opportunities exist at the Chieftaincy Ministry for them.

The Minister said the NABCO trainees would be the most suitable employees to be considered if the Civil Service wants to recruit people for the Regional House of Chiefs because they have gathered experience working with the Chieftaincy Ministry for the past three years.

Meanwhile, the Member of Parliament for Effutu, Alexander Afenyo-Markin has asked the trainees whose allowances have been in arrears for at least four months to exercise patience while government takes steps to pay them. 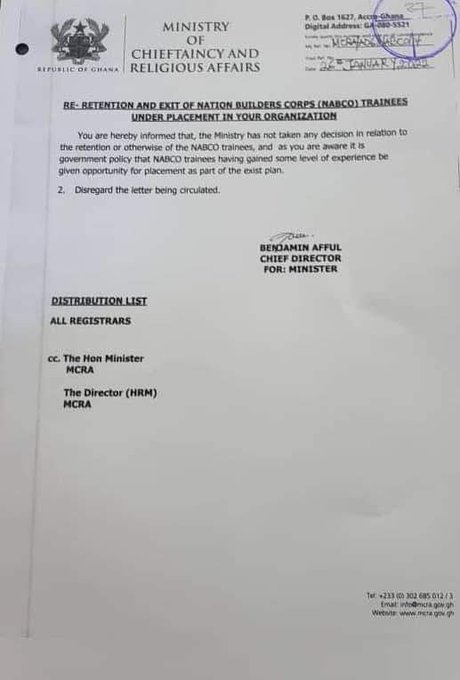 I'm Adwenpa-Hene |Blogger & Broadcaster Journalist. I am the CEO and manager of this noble website. I publish on Entertainment, Sports, Politics, Lifestyle, and Technology. You can also follow Us on : YouTube Channel - My Ghana Media TV, Facebook - MyghanaMedia TV , Twitter - @MyGhanamedia2 & Instagram - My Ghana Media TV. Email Address: [email protected] Contact Us: 0200818719
@@MyGhanamedia2
Previous Alban Bagbin Has Been Waiting For MPs Since 9:30AM But No Show
Next Akufo-Addo Laments Toxic Situation In West Africa Following Burkina Faso coup