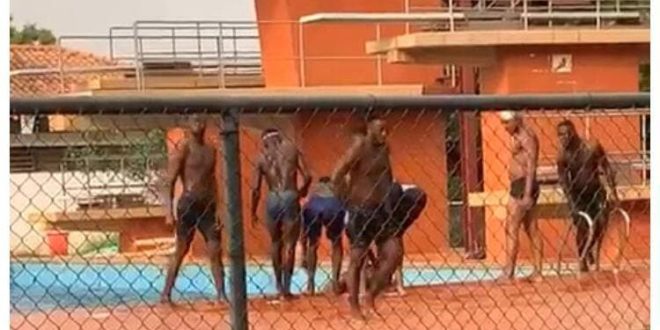 A student of the University of Ghana has reportedly drowned following an unsuccessful attempt to swim in the university’s swimming pool.

According to Radio Univers, the university’s radio station, the incident occurred on Saturday, January 29, 2022.

Radio Univers reported that the deceased was a male student at level 100 whose name is yet to be established.

“The student, whose name is yet to be disclosed, drowned after he attempted to swim at a depth of 21 feet in the pool this afternoon,” Radio Univers reported on its website.

An eyewitness who spoke to the campus radio said: “…the guy went to the 21ft and was asked to go back the first time…not knowing, he went there again and the next thing they heard was that he had drowned”.

In a video making rounds on social media, some persons, believed to be students of the university, were seen trying to retrieve the body of the supposed drowned student from the pool.

Meanwhile, management of the University of Ghana is yet to comment on the matter.

I'm Adwenpa-Hene |Blogger & Broadcaster Journalist. I am the CEO and manager of this noble website. I publish on Entertainment, Sports, Politics, Lifestyle, and Technology. You can also follow Us on : YouTube Channel - My Ghana Media TV, Facebook - MyghanaMedia TV , Twitter - @MyGhanamedia2 & Instagram - My Ghana Media TV. Email Address: [email protected] Contact Us: 0200818719
@@MyGhanamedia2
Previous Ajax Ace Mohammed Kudus Releases Statement On His Absence From The Africa Cup of Nations
Next John Kumah: Our Research Shows About 24% Drop In Mobile Money Transactions After E-Levy Introduction