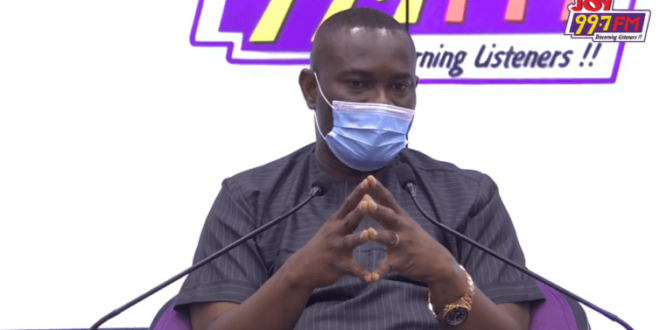 Deputy Finance Minister, John Ampontuah Kumah, says government is expecting about a 24 per cent drop in Mobile Money transactions after the introduction of the Electronic Transfer Levy, aka E-Levy.

“The research we did also told us that there will be about 24 per cent attrition rate in the three months to six months that we will introduce it.”

“The research same told us what should be done to bring back these people after a while, and we have all these things in place,” he told Accra-based CitiTV.

The Ejisu legislator said this notwithstanding, government has a plan in place to undertake a lot of education on the controversial 1.75 per cent charge on electronic transactions, which has been rejected by the Minority in Parliament.

“It is a matter of engagement and letting people understand that, don’t avoid it. It is your pride of place as a Ghanaian to know that your contribution is helping to build your country.”

See also  E-levy Will Turn Many Ghanaians Lives Around; Gov’t Will Be Transparent With It - Afenyo-Markin

Mobile money Association of Ghana has petitioned the Minority Caucus in Parliament to ensure the new Electronic Transaction Levy (E-Levy) is rejected when it is put before the house.

According to the group, the analysis they did on the E-levy following its introduction in the 2022 budget shows its implementation will pose a challenge to Ghanaians and agents and have some effects on the economy.

Presenting the petition to the leadership of Minority, the General Secretary of the Association, Evans Otumfour, cited amongst others that approval of the levy will undermine the country’s cashless system job losses and affect the government’s digitisation drive.

But Mr Kumah also said government is “more than confident” that the drop in transactions “will not lead to job losses.”

The Minority has mounted a strong defence against the inclusion of the 1.75% levy in the 2022 budget, claiming it will only worsen the economic burden of the citizenry.

But, according to Finance Minister, Ken Ofori-Atta, the levy will increase the country’s tax-to-GDP from 13% to a targeted 16% or more.

The other budget components have been approved, except for the E-Levy, which the Minority vows to fight vehemently.

Meanwhile, the Mobile Money Association has stated that it will be in government’s interest to extensively look at the levy and its impact before its passage and implementation.

See also  Finance Minister’s wife: ‘I Pay One-Third Of My Salary As Tax Monthly; Paying For E-levy Is Worth It’

I'm Adwenpa-Hene |Blogger & Broadcaster Journalist. I am the CEO and manager of this noble website. I publish on Entertainment, Sports, Politics, Lifestyle, and Technology. You can also follow Us on : YouTube Channel - My Ghana Media TV, Facebook - MyghanaMedia TV , Twitter - @MyGhanamedia2 & Instagram - My Ghana Media TV. Email Address: [email protected] Contact Us: 0200818719
@@MyGhanamedia2
Previous Video: University of Ghana Student Drowns In Swimming Pool
Next Video: Couple Of Coups May Happen In West Africa Between Now And June 2023 – Prof. Aning