Breaking News
Home / GENERAL NEWS / A Lecturer’s Experience – “I Earned More As A Student In The US Than As A Lecturer In Ghana So I Had To Leave,” 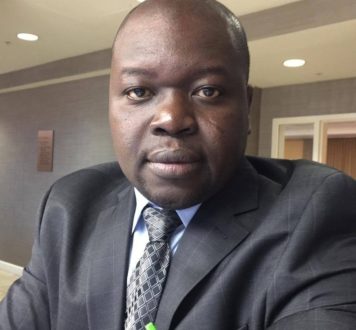 A Lecturer’s Experience – “I Earned More As A Student In The US Than As A Lecturer In Ghana So I Had To Leave,”

This week, universities in Ghana are on the brink of shutting down as a three-week strike by the University Teachers Association of Ghana (UTAG) over poor pay remains unresolved.

The industrial action is over a matter that has been lingering for more than a decade. The government has dragged its feet and UTAG says its employers have gone back on their own words and commitment in the past and so won’t be coming back to the classroom until they see a pay rise.

“People are not asking for money to be millionaires. They just want to survive,” says Dr Sulemana Idrissa.

Sulemana was born in the Savanna regional town of Tuna.

He studied at the University of Ghana and in 2008 went to the University of Missouri to study and went on to do a PhD in Economics. In 2014, he came back to take up a teaching job at the Ghana Institute of Management and Public Administration (GIMPA).

“At GIMPA, even my office had no air-conditioning. I complained to everyone I could complain to and people thought it was a luxury for a lecturer to have an air-condition in his office,” he said.

For him, that just about sums up his frustration. He moved on from GIMPA and got a role at the University of Ghana two years later where he said things got better but still not enough.

“By the time I came to Legon, my salary was less than ¢5,000 a month. This means I earned so much more being a graduate student in the US than being a full-time lecturer in Ghana,” he said.

He resigned in barely two years at the University of Ghana and went back to the United States to take up a job as a banker.

The issue of conditions of work for University teachers run deeper.

Over the past two years in the University of Ghana alone, around 20 lecturers have left their job for various reasons- key amongst them, poor salaries.

According to UTAG, the trend is not different from other schools. The situation is part of the things that analysts blame for the current standards at universities in Ghana.

“How can such a National Agenda be attained if the conditions of service of the University Teacher keeps worsening year on year leading to an ever-increasing attrition rate on our campuses? UTAG members see the timing of the release of the report as one of the usual delay tactics that the Employer has employed over the years, which is unacceptable,” a statement by UTAG at the beginning of the year said.

Dr Francis Annor earned his PhD from Cambridge University in 2014.

“When I was about to complete my PhD, I started looking at opportunities back home. When I decided to return, my friends questioned me. They asked why I am making this decision but I came home.”

Like many of his colleagues, he has recently contemplated the idea of quitting entirely.

“When I got my promotion in October 2019, when I opened it in the Head of Department’s office it was a mixed feeling. Part of it, I was excited because it showed that at least I had made some progress in the three to four years that I had been there but the part that made me a bit sad was that I didn’t really see any major improvement in my salary and you ask yourself, you’ve done all this, taught all of these students, you’ve had to do research, publish a number of papers in certain reputable journals only to see this,” he said.

The issues that UTAG is fighting over now have been lingering since implementing the single spine salary structure more than ten years ago.

“The Interim Market Premium (IMP) which was instituted following the implementation of the Single Spine Pay Policy got frozen, per a Government White Paper, in 2013, for the purpose of the conduct of an LMS to determine an MP payable to workers deserving of it. To date, this determination has not been made, which has resulted in the erosion of the University Teacher’s salary,” the association said in a statement.

The lecturers are now asking that the entry-level pay for a university lecturer be nothing less than 2,000 dollars.

The fair wages and salaries Commission have been the middlemen between government and university teachers. The commission insists lecturers have the best possible pay now. Earl Ankrah, who speaks for them says UTAG has been not been consistent with their demands.

“The strike they called in January; they were asking for a copy of the labour market survey. That copy was given to them and yet they still went on strike saying that the recommendation cited by the Ghana Statistical Service within the labour market survey didn’t sound favourable to them so they were on a strike. That is the strike that has brought us this far. So, the idea that they’ve been fighting from August isn’t correct,” he said.

With over three weeks into the strike, the National Labour Commission has now sued UTAG in a bid to force them back to work. The NLC says the strike is illegal.

Like Dr Sulemaana, university teachers continue to leave in droves. And like Dr Annor, many more are only just marking time for their own opportunity to move.

“If we could try and make life easier for workers. Just a little bit. We could solve many problems in this country that way,” says Dr Sulemaana.