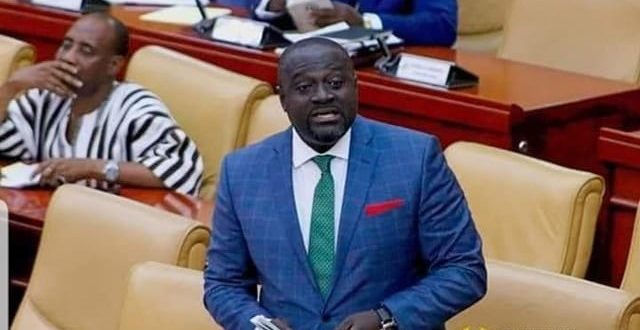 ‘E-levy Not The Solution To Revenue Shortfall, Go To IMF’ – Former NPP MP

A former New Patriotic Party Member of Parliament for New Juaben South, and a one-time Chair of the Finance Committee of Parliament, Dr. Mark Assibey Yeboah, is urging the government to reconsider its decision not to go back to the International Monetary Fund (IMF) in the face of the country’s dwindling revenues.

He maintains that the government’s insistence on passing the Electronic-Transaction Levy to shore up its revenue target is not right given the existential economic challenges.

The New Patriotic Party (NPP) administration has indicated that despite Ghana’s fiscal crisis, it is not settling on returning to the IMF for financial support but will look at prioritizing domestic revenue generation through the implementation of the E-Levy.

But speaking to Citi News, Dr. Mark Assibey Yeboah said a return to the IMF as a monetary organisation should not be viewed as a failure, but rather an avenue to salvage Ghana’s receding economy.

“Without a doubt, I think we should be placing a call to Washington if we haven’t really done that. We are just not going to ask for the funds just because E-levy has been passed or not. E-levy will just bring about GH¢5 billion. We are in a deep hole of our tax revenue and facing difficulties, so going to the Fund will give us some support.”

“So there is nothing wrong with going to the Fund. Ghana is a member of the IMF so what is wrong going to ask for support when we are in difficulties to go and pool resources. If I was the finance minister, I will be convincing the President that it is about time we went back”.

See also  The Government of Ghana

Dr. Mark Assibey Yeboah also added that the revenue expected to be accrued from the E-levy is insufficient to the extent that, it will not be able to ensure the economic stability government is eyeing.

The process to pass the levy has been characterized by controversy and fisticuffs in parliament.

I'm Adwenpa-Hene |Blogger & Broadcaster Journalist. I am the CEO and manager of this noble website. I publish on Entertainment, Sports, Politics, Lifestyle, and Technology. You can also follow Us on : YouTube Channel - My Ghana Media TV, Facebook - MyghanaMedia TV , Twitter - @MyGhanamedia2 & Instagram - My Ghana Media TV. Email Address: [email protected] Contact Us: 0200818719
@@MyGhanamedia2
Previous Digitalization Of NSS Operations Has Found 14,027 Potential Fraudsters – NSS Boss
Next We Are Fighting Corruption With Systems, Not Rhetoric – Dr. Bawumia