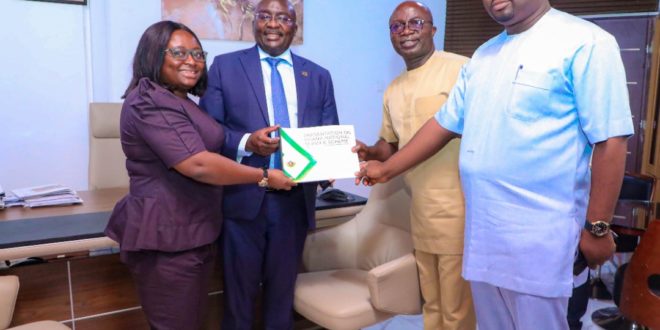 The infusion of digital technology in the operations of the National Service Scheme has saved Ghana at least Ghs112m in blocked payments to undeserving persons, the Executive Director, Osei Assibey Antwi has disclosed.

Making the disclosure during an unannounced visit by the Vice President, Dr. Mahamudu Bawumia, on Monday, 31 January 2022,  Mr. Assibey Antwi said the introduction of the Metric app, which combines facial recognition technology and Identity Card checks for Verification and Validation and has so far blocked the enrolment of 14,027 potential fraudsters onto the Scheme, saving the nation the colossal amount of money.

“We had them on lists as potential Service Personnel but they run away and couldn’t register because the system raised red flags and weeded them out, so they couldn’t register. Without this use of technology, we would have paid Ghs94m, and if they had gone to the private sector, Ghs112m. All of that money would have gone down the drain to ‘ghosts’. Digitalization of our operations, started by my predecessor and continued since I came into office, has indeed saved Ghana a lot of money,” he emphasized. 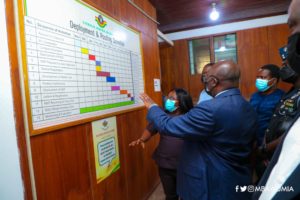 Taking Vice President Bawumia round, Mr. Assibey Antwi said the entire National Service process had been digitized, making it easier and more user-friendly. As well, it has made it possible to introduce new modules based on the specializations of the students, such as building technology, agriculture and accounting, and the fostering of relationships with relevant institutions.
“Over 40,000 Accounting students are produced every year. In order to make proper use of their talents and help both the government and private sector, we are holding discussions with the Ghana Revenue Authority to partner us to provide basic bookkeeping services to Government and the private sector,” he revealed, adding that similar discussions were ongoing with Eximbank to provide start-up capital and tools for those trained in Agriculture after an internship at the Dawhenya Greenhouse facility.

See also  Our GHC 2.9 Billion Arrears Has Still Not Been Paid- Road Contractors 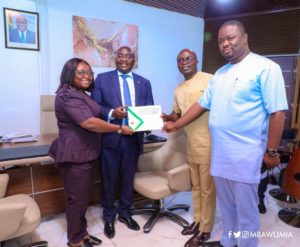 As well, Personnel with a background in Information and Communications Technology (ICT) are receiving training in 24 locations across the country on developing and growing a business in the ICT sector.

Commending the leadership of the Scheme for their “out of the box thinking” Vice President Bawumia expressed delight that the fruits of digitalization, designed to formalize the economy and fight corruption, are beginning to manifest widely. 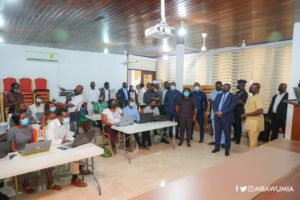 “The use of technology in just one institution has saved us Ghs112m. Imagine how much would be saved if 10 institutions, or the entire public sector, infused digitalization in their operations, especially in the verification of workers before the payment of compensation,” Dr. Bawumia stated adding, “I am hearing exciting things about your operations. Keep it up. You are doing a good job.”

I'm Adwenpa-Hene |Blogger & Broadcaster Journalist. I am the CEO and manager of this noble website. I publish on Entertainment, Sports, Politics, Lifestyle, and Technology. You can also follow Us on : YouTube Channel - My Ghana Media TV, Facebook - MyghanaMedia TV , Twitter - @MyGhanamedia2 & Instagram - My Ghana Media TV. Email Address: [email protected] Contact Us: 0200818719
@@MyGhanamedia2
Previous Survey: 56% Of NPP Supporters Against E-Levy
Next ‘E-levy Not The Solution To Revenue Shortfall, Go To IMF’ – Former NPP MP