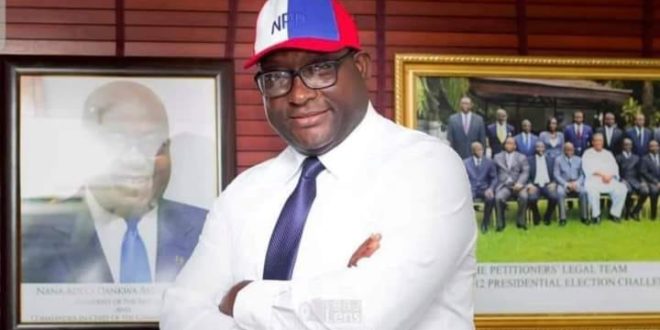 The Director of Communications for the New Patriotic Party (NPP), Yaw Buaben Asamoa is still wondering why his party was able to squander the overwhelming majority it controlled in the 7th Parliament to now be on the same level with the National Democratic Congress (NDC) in the 8th Parliament after the 2020 elections.

Prior to the 202o polls, the NPP comfortably controlled 169 seats as against the 106 controlled by the NDC.

The NPP lost 37 seats in the last elections to now control 137 seats, the same number for the NDC and one independent lawmaker.

Mr. Yaw Buaben Asamoa who also lost his seat as Adentan Member of Parliament says that this result came at a shock to them having implemented, in his view, some of the best policies and programmes to touch the lives of Ghanaians.

Speaking on the New Day show with Johnnie Hughes, on TV3, he said “Having expected the qualities of our policies, I believe they were policies that impacted on Ghanaians. We had to deal with the fundamental issues affecting the lifestyle of Ghanaians and then having successfully exited the International Monetary Fund (IMF).

See also  E-levy To Be Implemented In Phases – GRA Says

“During that time, in spite of the conditionalitIES, we had started implementing our flagship programmes and those programmes were programmes that impact on our key issues, social vulnerabilities, employment , income , access to education health, as well as infrastructure, roads, energy sector, and then we had that kind of results, I was included myself, I lost my seat , it was kind of surprising.”

He further indicated that “The part as it always does after every election set up a committee to inquire into the causes, when we win or lose. This time it was led by the Honourable Osafo Maafo.

“Incumbency has the tendency to whip you a little harder than you would expect because when you are an incumbent, just like we are now, you have to grapple with or confront the problems of the day, problems that sometimes you don’t even anticipate and most of those problems demand immediate solutions.

“So incumbency tends to, kind of drain good will a bit, but at the end of the day the resilience of the substantive policies still counts.”