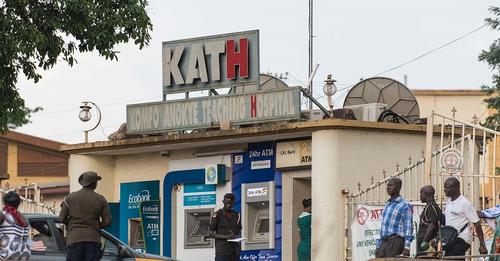 Members of the Komfo Anokye Doctors’ Association (KADA) are returning to work barely 24 hours after activating their intended strike action.

The Association had proceeded on strike after citing failure on the part of management and government to provide a “clear concise payment schedule” on their financial demands.

The doctors had raised concerns about the non-payment of their car allowance and 13th month allowance.

Despite originally serving notice to go on strike on Tuesday, February 1, they were talked out of that intention to get to the negotiation table with management.

After Thursday, February 3 when no move had been made by the authorities, the doctors laid down their tools “with immediate effect”.

But just a few hours later, 3news gathers management has reached out to the leadership of the Association and an agreement has been reached.

The two parties have consequently agreed on a payment schedule.

I'm Adwenpa-Hene |Blogger & Broadcaster Journalist. I am the CEO and manager of this noble website. I publish on Entertainment, Sports, Politics, Lifestyle, and Technology. You can also follow Us on : YouTube Channel - My Ghana Media TV, Facebook - MyghanaMedia TV , Twitter - @MyGhanamedia2 & Instagram - My Ghana Media TV. Email Address: [email protected] Contact Us: 0200818719
@@MyGhanamedia2
Previous Prices Of Goods To Go Up By 12% Over Implementation Of Amended VAT – IEAG
Next SSNIT: Some Workers Come To Alter Their Date Of Birth So They Don’t Retire Early