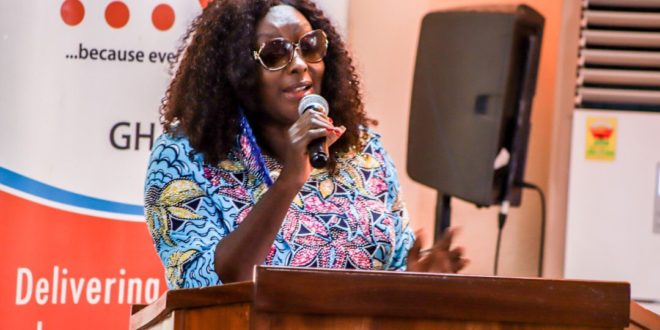 A letter signed by the Chief of Staff at the Presidency, Akosua Fremah Opare, said, “I have been directed by the President to bring to your notice that you have been reassigned from your role as Minister of State at the Water Resources, Works and Housing to a new role at the Office of the President.”

The letter directs her to report to the Office of the President on Monday, February 7th, 2022 to begin her new role.

This is the 3rd time Freda Prempeh, the Tano North MP has been moved from a ministry.

In the first term of the Akufo-Addo government she served as Deputy Minister at Works and Housing and later moved to the Gender Ministry and back to Housing Ministry until she is now moved to the Presidency.

The Works and Housing ministry website describes her as “a self-disciplined devoted public servant and a Brands and Communication expert.”

She is a three-time MP for the Tano-North Constituency, the only female MP in the Bono and Ahafo regions.

Freda Prempeh has been a gender activist for years and founder of “The Ultimate Woman”.

As a sports fanatic and staunch believer of women’s capabilities, she founded the Women Supporters Union of Ghana (WOSUGHA).

She was the chairperson of the Women’s Championship, African Cup of Nations, (AFCON) hosted in Ghana.

I'm Adwenpa-Hene |Blogger & Broadcaster Journalist. I am the CEO and manager of this noble website. I publish on Entertainment, Sports, Politics, Lifestyle, and Technology. You can also follow Us on : YouTube Channel - My Ghana Media TV, Facebook - MyghanaMedia TV , Twitter - @MyGhanamedia2 & Instagram - My Ghana Media TV. Email Address: [email protected] Contact Us: 0200818719
@@MyGhanamedia2
Previous Ghana Card Can Now Be Used As E-passport In 44,000 Airports Across The World
Next ‘I Dare You!’ – Sam George Challenges Majority Leader To Name NDC MP Who Gave Him E-Levy Cake