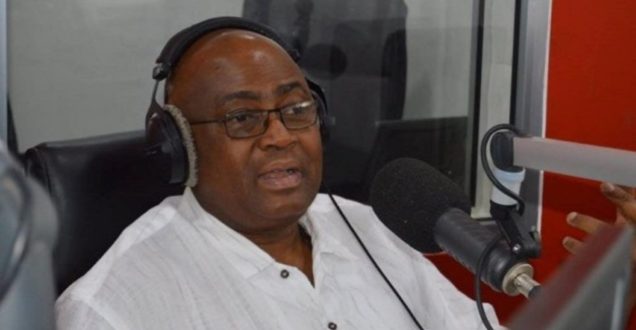 Managing News Editor of the Daily Dispatch Newspaper, Ben Ephson has called on the leadership of the ruling New Patriotic Party to take a conclusive decision on the Member of Parliament for the Dome-Kwabenya constituency, Sarah Adwoa Safo.

Speaking in an interview with Evans Mensah on Top Story on Thursday, the pollster indicated that, the continuous absence of Adwoa Safo in Parliament, poses a huge threat to the fortunes of the party.

Mr. Ephson said the legislator’s posture should not be condoned, and therefore called for her replacement if her conduct persists.

“Clearly if the records there at Parliament show that she has absented herself without permission or health reasons, I think somebody should trigger that and the party should sack her for a by-election to be held. It’s going to be very difficult for her to win as an independent candidate, unlike the situation in the Ashanti region. She won the NPP primaries by eight; single eight votes. Not eighty, eight votes.

There’s no way she’s going to win that seat as an independent candidate. That’s a relatively safe NPP seat, and she won the party’s primaries by eight votes, against Mike Oquaye Jnr”, Ben Ephson stated.

He also added that, “Well, I think I’m sure she brought proof of some medical condition. But I think that she crossed the line of political decency and comradeship.

I think the President should sack her and if she has not fulfilled the rules for being absent for these number of days, they should sack her; have a by-election and she can contest as independent and she come to Parliament and perhaps vote for NDC. So they should call her bluff and sack her from Parliament. She’s shown disrespect to the party that brought her to power”.
JoyNews/AdomNews · Call Adwoa Safo’s bluff; sack her and conduct a by-election – Ben Ephson

The comments by Ben Ephson follow reports that the Dome-Kwabenya MP is using her seat as a bargaining chip to frustrate government business. A livid New Juaben South MP, Michael Okyere Baafi, who made the allegation, said the leadership in Parliament is also evasive when it comes to her issues.

“All the problems government is facing are attributable to Adwoa Safo. Clearly, her intention and posture show that she wants to sabotage NPP”, he said in an interview on Kumasi-based Hello FM on Thursday.

He also revealed how they had to beg Miss Safo on countless times to come to Parliament due to their limited numbers. Knowing her critical role in getting government bills passed in Parliament, the New Juaben South MP said Adwoa Safo has decided to use that to frustrate the government.

See also  Kennedy Agyapong: Going To IMF Is Like Handing Over Power To NDC Without A Contest [Audio]

“She said she will not come to Parliament if she is not given the Deputy Majority Leader position. All 136 NPP MPs are always in Parliament except for Adwoa Safo. One person cannot hold the party to ransom”, he added. Mr. Okyere Baafi therefore urged Adwoa Safo to relinquish her seat if she is no more interested in serving her nation.

Member of Parliament for the Assin North constituency, Kennedy Agyapong has also criticised Adwoa Safo’s behaviour and urged her to demonstrate more collaboration for the good of the party. According to him, the NPP should not allow certain individuals to grow into ‘thin gods’ within the party.

Meanwhile, the Majority in Parliament has said that the Electronic Transaction Levy (E-levy) will be approved with or without the presence of the Member of Parliament for Dome-Kwabenya, Adwoa Safo.

According to the Deputy Majority Whip, Habib Iddrisu, a number of bills have been passed into law without the Majority having its full numbers in the House.

“It’s not cast in stone that without the presence of Adwoa Safo the e-levy will not be passed,” he said.

Mr iddrissu also rejected claims that the delay over the approval of the e-levy is due to the absence of the Dome Kwabenya MP from the Chamber.

The Dome Kwabenya MP since the resumption of Parliament this year has failed to show up in the chamber.

This has led to concerns that the NPP is unable to champion government’s agenda because of the shortfall in their numbers.

But the Deputy Majority Whip, Habib Iddrisu has denied that the absence of the Dome Kwabenya MP is negatively impacting on their numbers.

In an interview with JoyNews on Thursday, he confirmed that the revised bill will reduce the levy from 1.75% to 1.50% and added that it will not be tabled before the House tomorrow due to the ongoing townhall meetings.