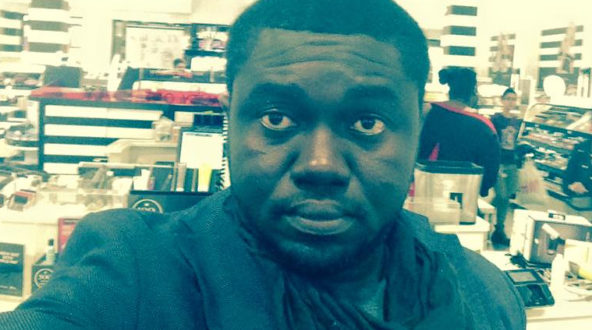 DCOP Kwesi Ofori: We Will Investigate Barker-Vormawor’s Intention To Stage A Coup

The Director-General of Public Affairs of the Ghana Police Service, DCOP Kwesi Ofori has stated that they will investigate the intentions of #FixTheCountry convener, Oliver Barker-Vormawor’s coup comment.

Mr Barker-Vormawor was arrested by operatives from the National Security at the Kotoka International Airport (KIA).

According to reports, some security personnel picked up the Cambridge University PhD student upon arriving from the United Kingdom on Friday evening at about 4 pm.

His arrest follows a Facebook comment declaring his intent to stage a coup if the e-levy bill is passed by Parliament.

On February 9, he posted on Facebook, “If this E-Levy passes after this cake bullshit, I will do the coup myself. Useless Army!”.

Oliver Barker-Vormawor said he is willing to give up his life, in his quest to see a better Ghana.

In a Facebook post on Thursday, the leader of the social advocacy group stated that there is a need for leaders in the country to establish a new order, and therefore he’ll commit all his resources for that to happen.

If this E-Levy passes after this Cake bullshit, I will do the coup myself.

Mr Barker-Vormawor said, he is ready to face the consequences of his actions.

“So of course, I know that I will eventually be arrested and likely tortured. Possibly, I may be killed. Caleb Kudah, a well-known journalist, was slapped into oblivion; Ahmed Suale was killed. What more evidence do you need that if you ruffle feathers of thieves and criminals, they will come for you.

“So I say this as sincerely as I can be. And with all the honesty I can muster. I do not give a rats ass, what this Government does. In starting to speak up, I started to shed the fear of death, every passing day!,” he stated.

DCOP Kwesi Ofori, commenting on the development said, “We are aware that we are in a democratic environment but with a constitution and the constitution enjoin all of us to uphold it and its values and for an individual to post among other things calling for an unlawful alternative of the very system with that intention made loud and clear the police will definitely have a word with him.”

He added that other comments he has made on his page will be raised during the investigation.

The Police chief said their investigative team is competent and is ready to hear Mr. Barker-Vormawor out.

“Whatever interpretation he wants to give, may be allowed to put into writing,” he added.

I'm Adwenpa-Hene |Blogger & Broadcaster Journalist. I am the CEO and manager of this noble website. I publish on Entertainment, Sports, Politics, Lifestyle, and Technology. You can also follow Us on : YouTube Channel - My Ghana Media TV, Facebook - MyghanaMedia TV , Twitter - @MyGhanamedia2 & Instagram - My Ghana Media TV. Email Address: [email protected] Contact Us: 0200818719
@@MyGhanamedia2
Previous NDC Will Prosecute And Jail Roads Minister If Elected.
Next Video: Man Digs Own Grave, Buys Casket And Drinks For Guests Ahead Of His Funeral