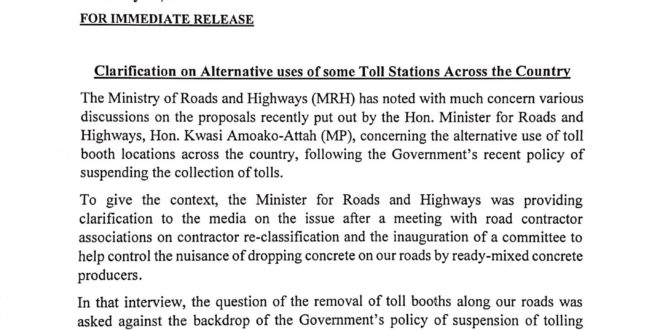 Ministry of Roads and Highways: We Will Remodel Tollbooths As Police Posts, Emergency Centres

The Ministry of Roads and Highways is to remodel tollbooths in the country to serve as police posts, emergency centres, and towing service centres,and other ancillary services.

The facilities, which will offer other ancillary services, will be incorporated into the Ministry’s programme to dualise the major highways in the country.

This was in a statement signed by Mr Nasir Ahmad Yartey, Head, Public Affairs Unit, Ministry of Roads and Highways, copied to the My Ghana Media.

The statement asked the public to ignore the “gross misrepresentation” in the media that the Ministry had plans to convert the toll booths to washrooms.

The statement said Mr Kwasi Amoako-Attah, the Minister of Roads and Highways, only alluded to proposals government had received on alternative uses for the 38 toll booth locations with over 100 toll booths across the country.

“It is important to restate that the reference by the Minister was to the 38 toll booth locations and not the toll booths themselves, which are over 100 in number,” it said. 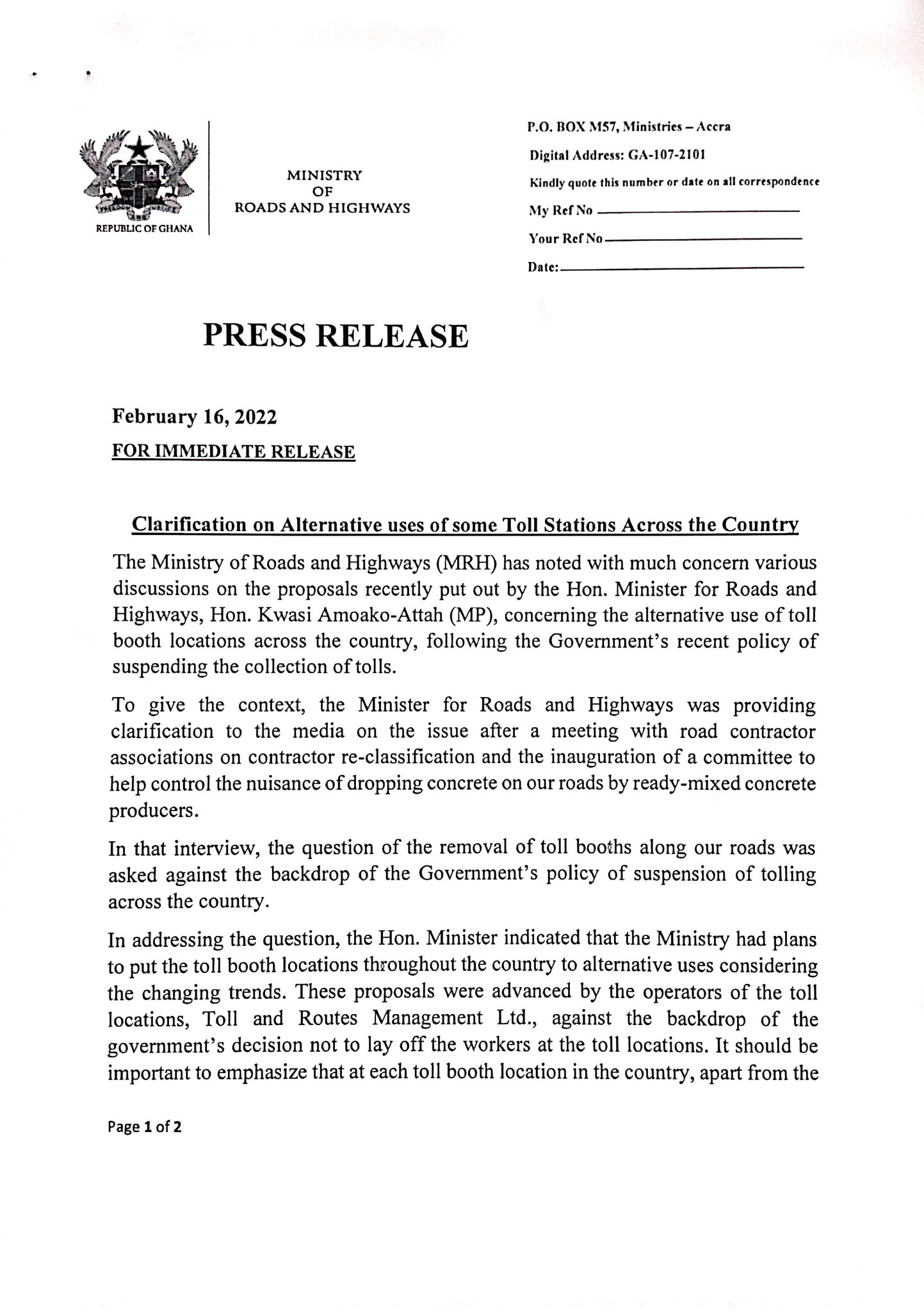 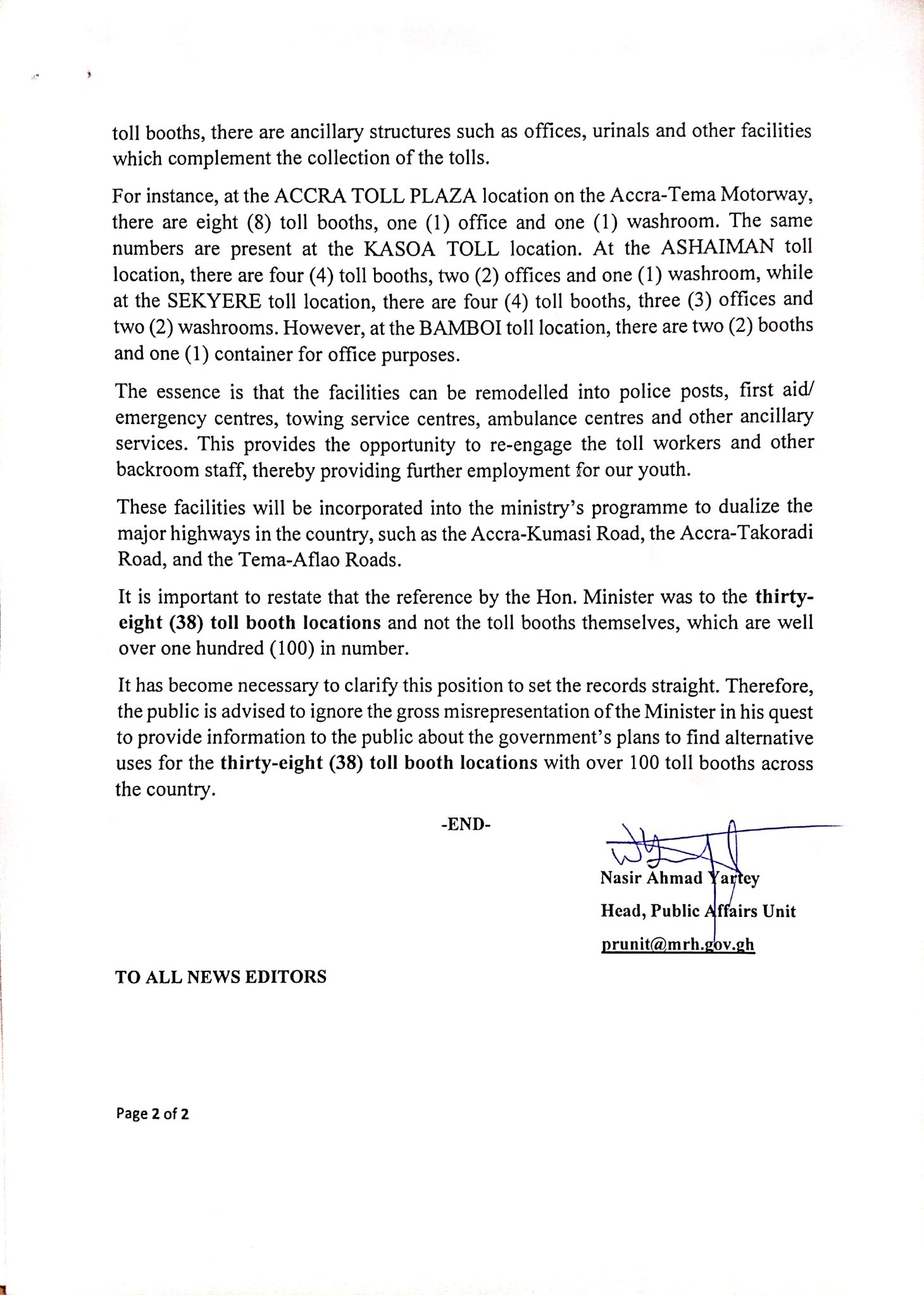